Xbox Series X launch day seems to be a total mess. You will be shocked to find that every 1/3 of the posts on forums are about some sort of problem. The most common issue is the console being dead. Users report that after playing games for a couple of minutes, the console automatically shuts down and now it won’t turn on. Other users have seemingly agreed, and some went on to say they are specifically facing the problem while playing Valhalla. I’ve no idea why something like this would happen. In our review, we did notice Valhalla’s optimisation is mediocre; however, it shouldn’t be that much of an issue.

6am Best Buy pickup & all-day downloading rewarded with dead Xbox and no gameplay. I’m so sad. from XboxSeriesX

Here are a couple of posts that complain about the Xbox Series X being dead.

Other than the console showing signs of being dead. Players are also reporting that games aren’t being downloaded in stand bye mode. Many players left games for downloading, however upon later returning; they found the installation was stopped. This is now happening to a lot of people, and the problem behind this issue is yet to be known. I reckon it must be some sort of initiative, Microsoft would have done to limit downloads from their servers.

If those weren’t all, take a look at this.

Although, Xbox Twitter said they are aware of the problem. A Twitter user Alexandre replicated the entire video showing that people are intentionally blowing vape through the back of console, faking smokes and defaming Xbox.

Another experiment video shows that these people putting their consoles in standby mode, and are blowing Vape into the back of the console, and it goes through to the top: pic.twitter.com/nDR5tFGMgg

The most uncommon problem seems to be this SEGA Boot up. Not gonna lie, they had us in first half.

My Xbox Series X might need an update.. from XboxSeriesX

Last but not least, there are also growing reports of sound problems coming from the Xbox Series X. One user said his Xbox Series X was “rattling like a baby rattle” He claims to have found a loosen screw from the inside of the console. 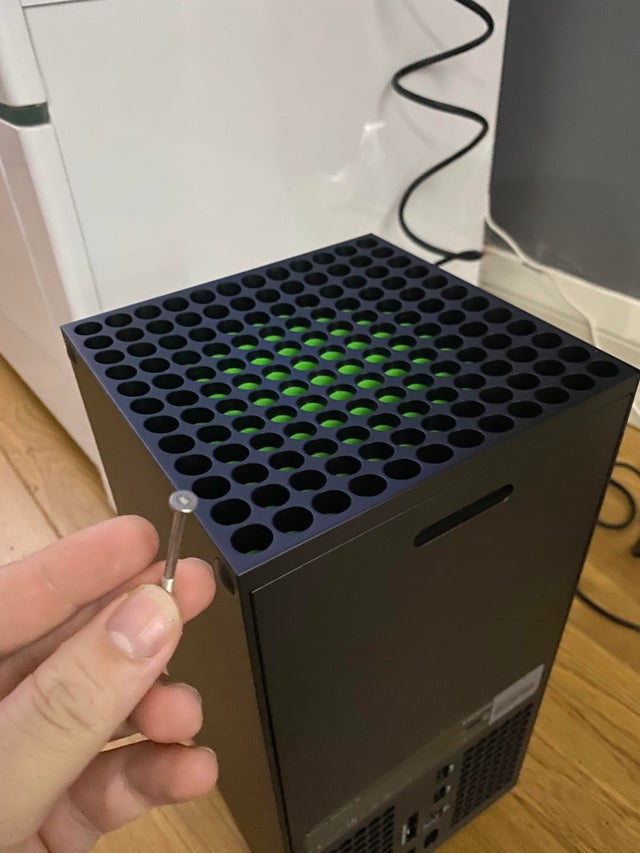 If you are experiencing a similar problem on Xbox Series X. There is a fair amount of chance that maybe some wire could be touching the fan. Someone on Reddit faced this sort of problem, and he later found a wire touching the fan. “Yeah, I have since fixed it. The cable that connects to the MOBO from power supply had one strand that was not tight, causing it to hit the fan. Easy fix but god damn I had a heart attack.”

Problems with Xbox Series X are so many that now YouTubers are making fail compilations.