Apart from acquiring first-rate studios, Xbox itself has been putting in some work lately. Last year in 2020, the gaming tycoon joined hands with Unity and set up a game development camp in New Orleans. Therefore, the entirety of it has been termed, “Xbox Game Studios Game Camp Powered by Unity.”

The idea here was to provide a platform to aspiring developers and artists under the supervision of senior game creators. This would measure up to a fantastic learning experience while the promising talent could develop games side by side.

Coming to the subject of the moment, we’ve caught a glance of Sarim Khan’s LinkedIn profile, and we’ve been intrigued to find out that he is currently working on, what seems like an AAA title in the very same Xbox game camp. Take a look at the proof below.

About the game Xbox is working on; “It explores a girl who is recalling memories of her parent’s abuse when she was a child and only now does she truly realize what was happening to her.”

According to this information, Sarim has taken the lead in developing the crucial components of an upcoming Xbox game called “Lost and Found.” The storyline is seemingly dark and complex, but we’ll have to wait and see what becomes of this prospect.

We contacted Sarim to inquire more about this upcoming thriller, and his reply was that the game is a slice of life. This means that it’s going to feature a lifelike representation of everyday experiences.

Moreover, it looks as if Xbox isn’t very keen on keeping the game undisclosed. This is a reason why Sarim is able to openly discuss this title.

What do you think of Lost and Found? Let us know in the comments below. 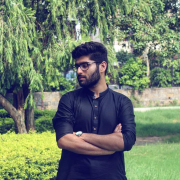