There are countless successful franchises in the gaming industry, that sell big whenever they release. Assassin’s Creed, FIFA, and Need for Speed are some of these series that release almost annually and make big bucks. But, probably none of them are as big as Call of Duty.

Arguably, Call of Duty is the only mega-franchise in gaming that will not be displaced from its throne. Nearly every game in the series tops the worldwide sales charts the year of its release and always beats its competition. The series has only become bigger since the release of the free battle-royale game Warzone.

As is the rule in entertainment, every successful product gets a sequel, and Warzone is no exception. Warzone 2.0 was released this year alongside Call of Duty: Modern Warfare 2 and also as a free title. Since its release, the game has been making records and is showing no signs of slowing down.

Call of Duty: Warzone 2 has already hit the 25 million players mark, just 5 days after its release. The official Twitter account of Call of Duty announced this info on their page. And, the game might even beat the original battle royale to a milestone.

An amazing start like this just shows how much of a success the Warzone brand has become. These numbers only back up the fact that Call of Duty: Warzone 2 was a great idea and the fans are clearly loving it. New additions like the DMZ mode have only made the game better and the core gameplay is really fun.

Hopefully, Call of Duty: Warzone 2 beats its predecessor to the 30 million mark in the upcoming days. But, even if it doesn’t, the game looks really promising and is going to have a bright future. We can’t wait to play more of it and see what changes developer Infinity Ward brings.

Similar Reads: How To Get High FPS In Call of Duty: Warzone (Updated 2022). 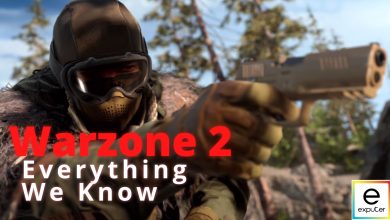