Vampires have divided audiences in almost every form of popular media. From movies to books the depiction of this blood-thirsty creature has rarely got universal acclaim. Games are no exception to this rule and titles based on vampires are a hit and miss with some, like V Rising, being a success.

Probably the best example of divisive games is Vampire: The Masquerade – Bloodlines, which came out back in 2004 from Activision. It is one of the most divisive games in the roleplaying game genre and debates rage on to this day. Some consider it a masterpiece while others think that it’s just an average video game.

As a result of this reception, the game has become a cult classic in gaming culture and gained a huge following. Seeing this following, a sequel was put into the works by Paradox Interactive and became official in 2019. However, Vampire: The Masquerade – Bloodlines II has gone through a lot of delays since then, including a change of developers.

Recent images from the cancelled version of the sequel developed by Hardsuit Labs have emerged online. Designer, Viktor Blanke, worked on Vampire: The Masquerade – Bloodlines II from 2018 to 2020 as the Visual Artist. Recently, he has given us a more in-depth insight into his work from this time period.

Viktor Blanke worked on the UI/UX design for the game and that is apparent in the screenshots that he shared. We also see his work based on player learning in the first-play experience and the game looks really good. Based on some of the screenshots shared, Vampire: The Masquerade – Bloodlines II seemed quite promising. 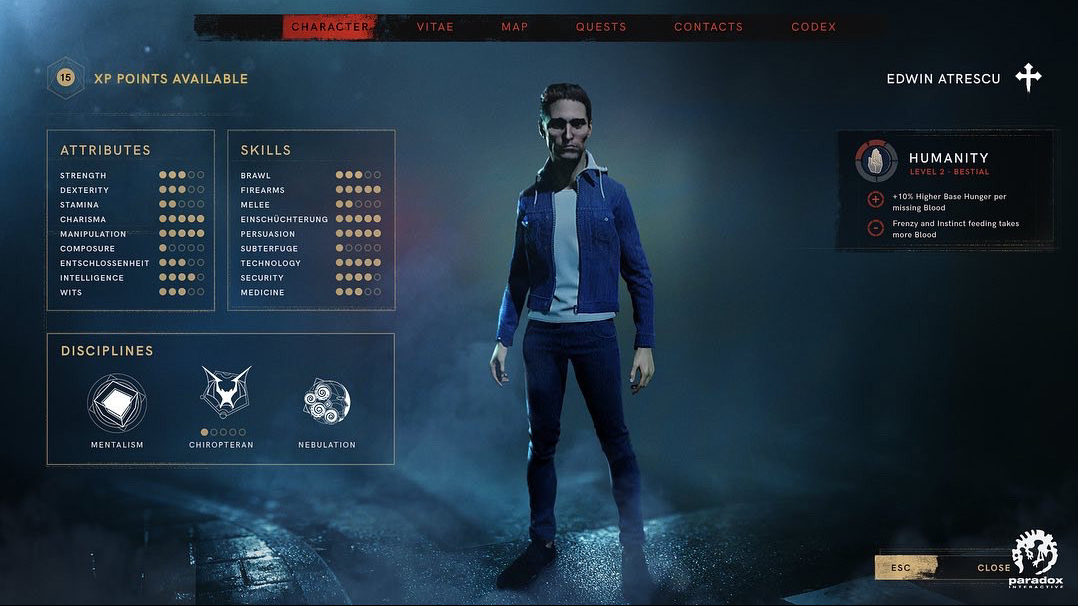 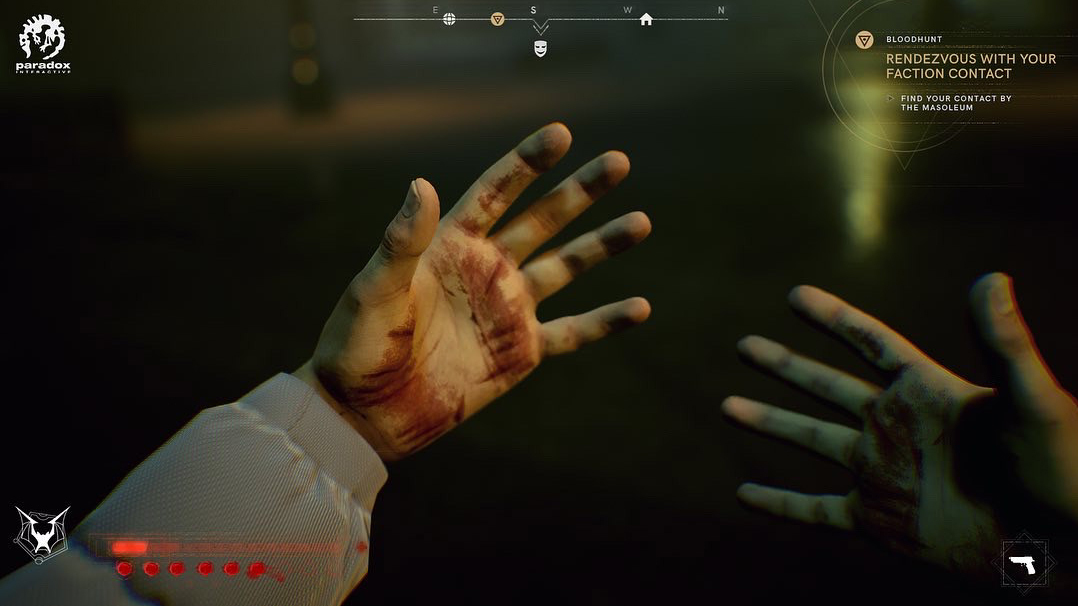 Other images show us what the quest UI could’ve looked like in the sequel. The mission name is present in the middle of the screen and we can clearly see the name “Ruling Bodies” in a neat white font. Another image shows us a bloody HUD which most probably comes up when you are close to dying in the game. 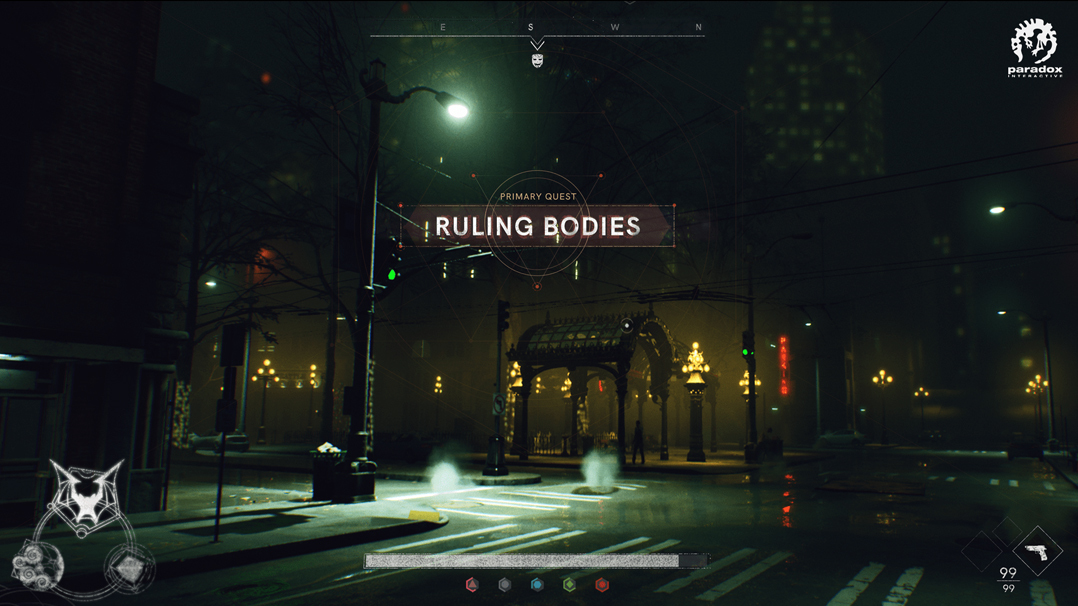 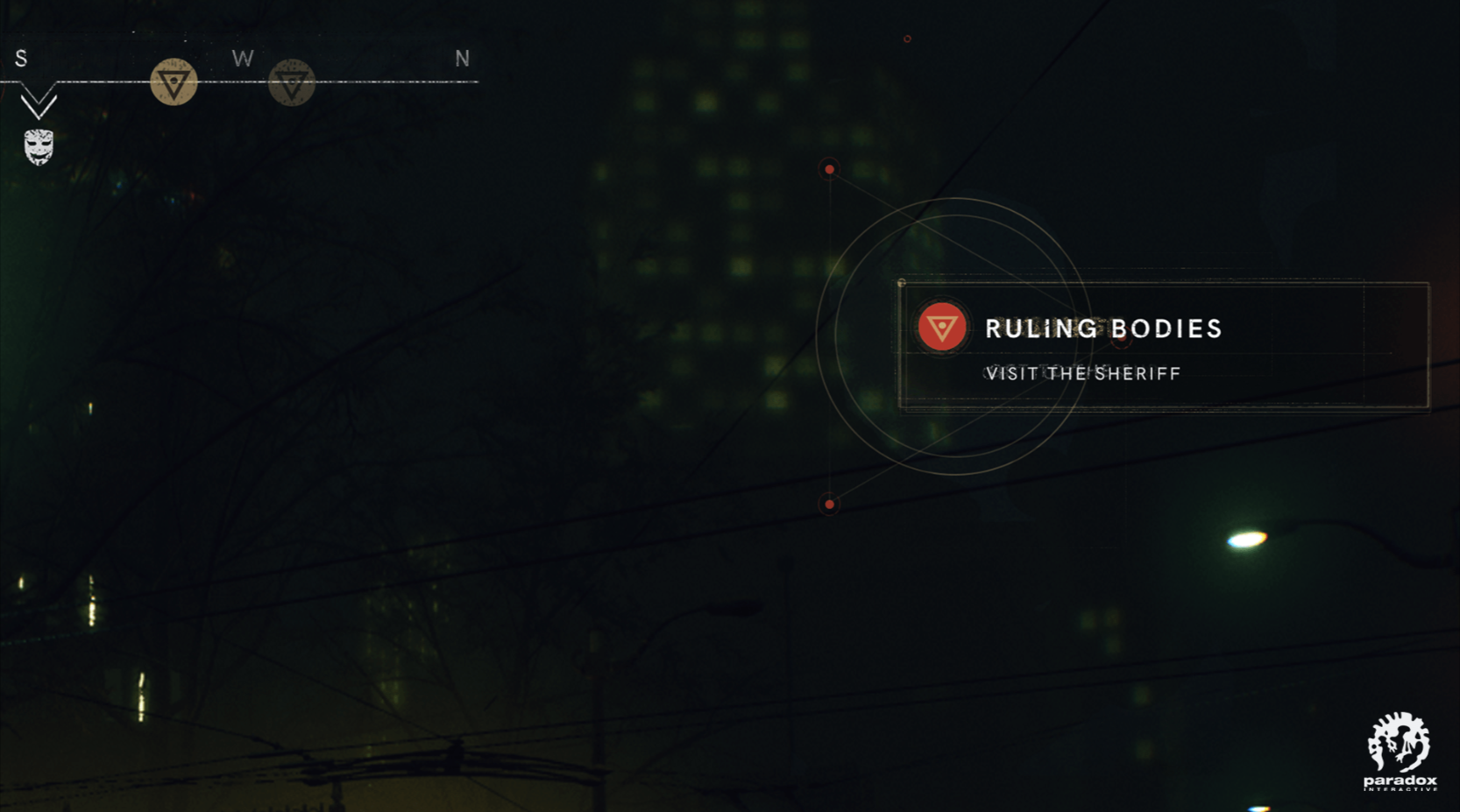 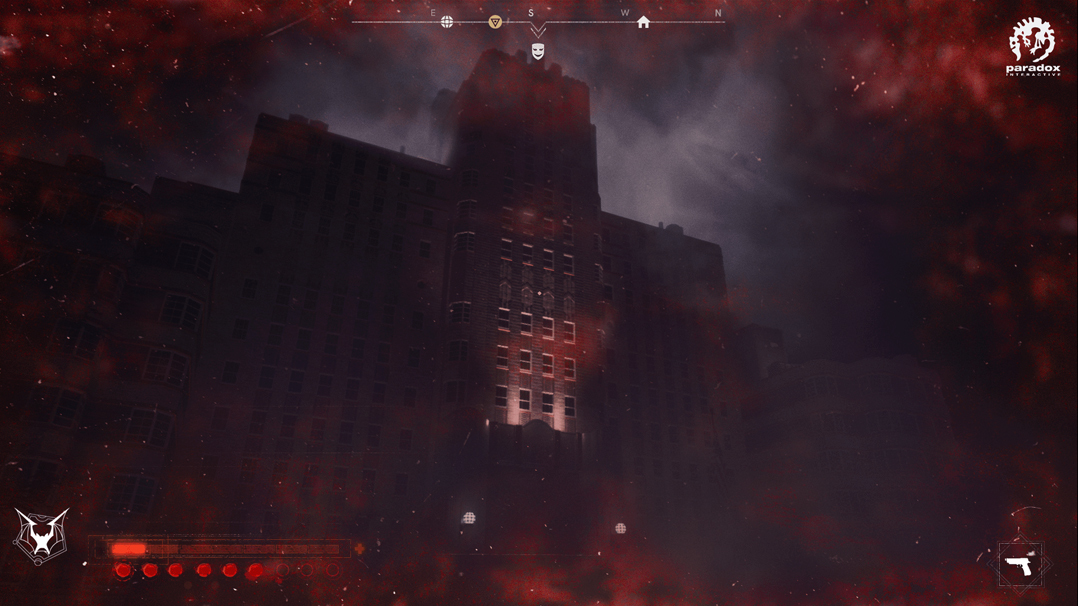 Viktor Blanke also released images of the NPCs and the dialogue options you could get in the game. Vampire: The Masquerade – Bloodlines II is a roleplaying game, so this feature obviously plays a huge role in the game and it looks really polished too. Two character models are also seen; one male and one female, and the graphics look really good. 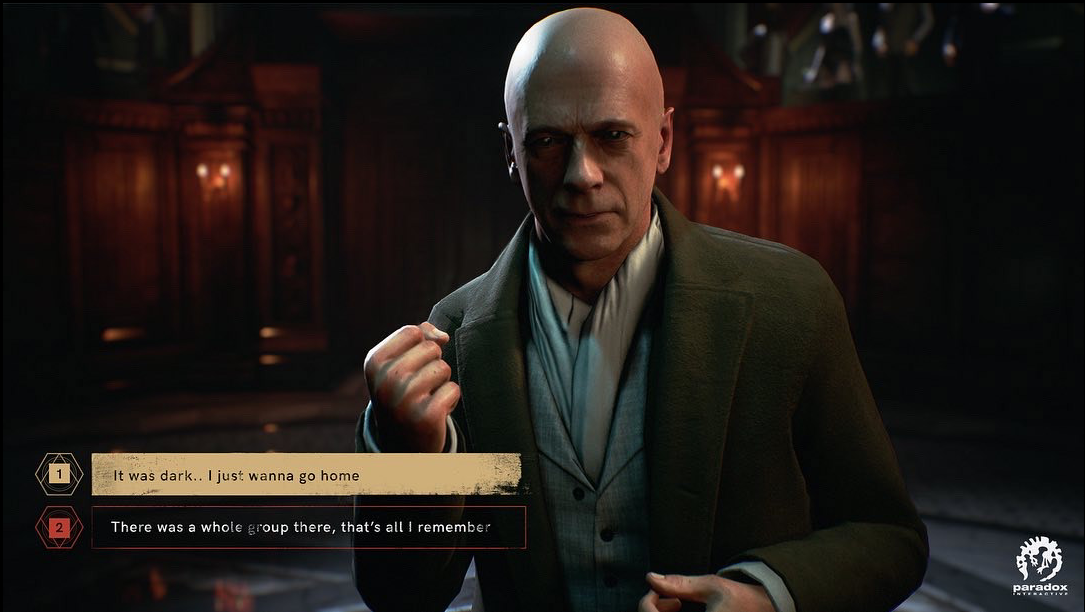 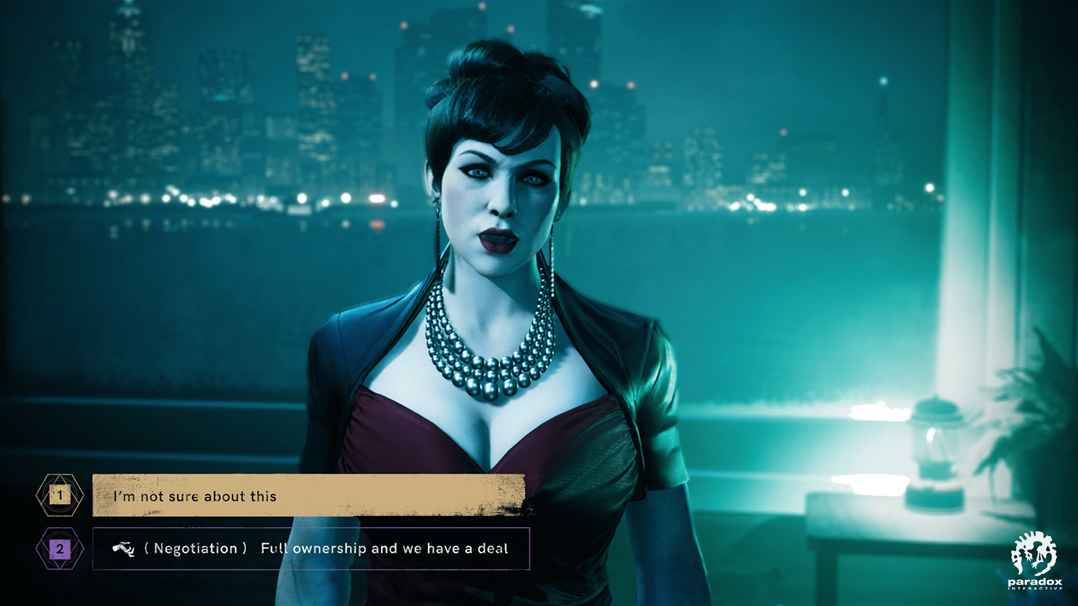 At last, other images show us the in-game map from the game and the menu UI. Players have six accessible tabs, including character, quests, and resonance, and the interface looks very clean, too. One image also shows the start of a fight with some masked enemies and gives us a good look at the first-person perspective in Vampire: The Masquerade – Bloodlines II. 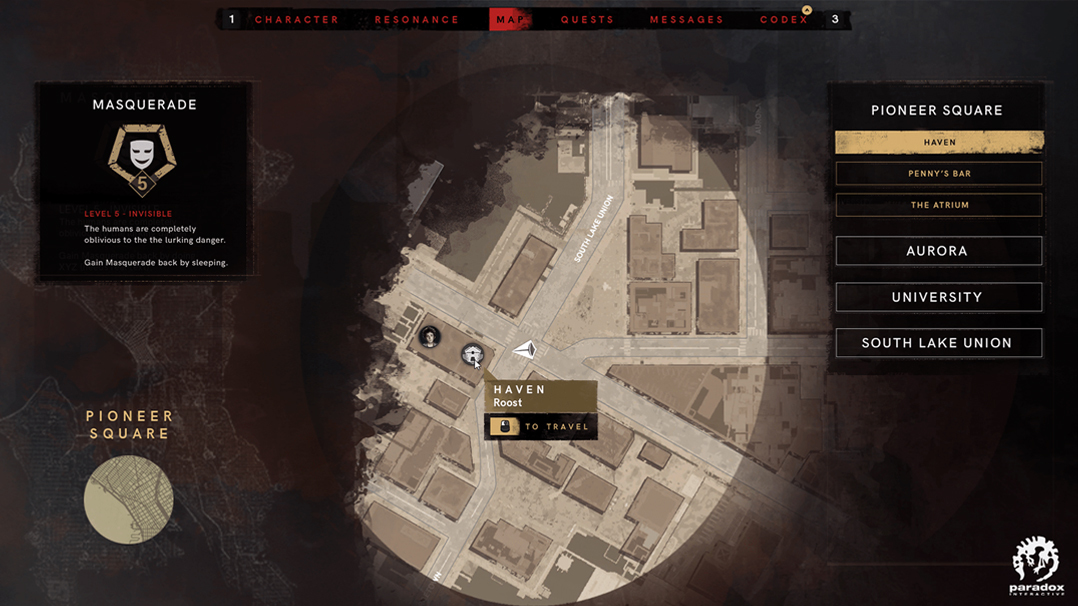 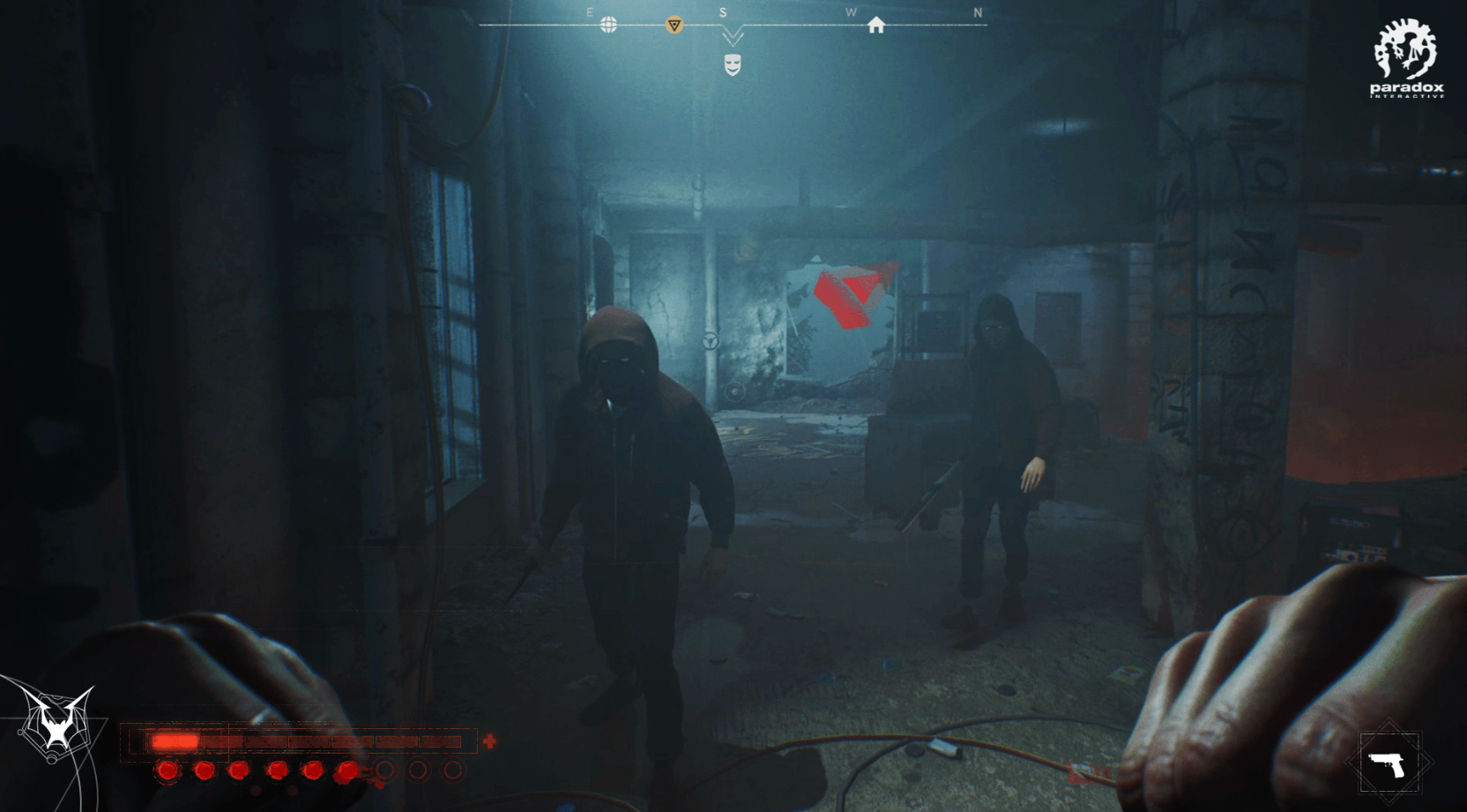 All in all, the cancelled version of the game from Hardsuit Labs actually looks very polished. The characters look great, the UI is clean and the graphics in the images speak for themselves. However, this version of Vampire: The Masquerade – Bloodlines II is never going to see the light of day and we can only hope that the new developer does a great job, too.