All forms of media are prone to criticism no matter what they are. Even though special authorities are present to regulate everything, media like books, video games, and movies still face a lot of heat. From parents’ associations to religious groups, someone is always against one thing or the other.

Video games are no exception to this rule and probably face the most criticism out of all forms of media. Despite mature games having specific labels and censorship from regulatory organizations, like ESRB, people still object a lot to the medium. We have discussions about sexualization and violence in games almost regularly.

One of the more popular criticisms is how revealing the clothing of, mostly female, characters are in games. Most people think that things like this and violence have a direct effect on children playing these games. However, a new study has found out that sexualized game characters are actually harmless.

Sexualization of characters in video games causes no harm to the male or female players, according to a new study published in Computers in Human Behavior by Christopher Ferguson, James Sauer, Julia Kneer, and Emily Lowe-Calverley, which failed to find any correlation between sexualization in video games and the presumed “harm” that it brings to players.

No links between misogyny and sexualization in video games are present, according to the study. In video games, a lot of female characters wear lightly revealing clothing and even this trend is decreasing now. However, the researchers couldn’t find any major correlation between sexist attitudes and misogyny, and video games.

According to the study, the team used meta-analysis to judge almost 18 relevant studies and produce a result. Even though some of the studies did show some correlation between sexism and video games, no concrete evidence was present. Hence, the team was not able to find any evidence to back this very popular claim.

“Lots of hyperbole and moral outrage, but very little evidence that video games are causing any ‘harm’ to either male or female players. As a purely ‘public health’ issue, this doesn’t appear to be much of a concern at all,” said Christopher Ferguson.

However, this does not mean that women should not have better representation in video games. Players should pressure companies into making better female characters that young women can look up to. Video games now are becoming more diverse every year and that is, of course, commendable. Although, saying that there is a correlation between mental harm and sexualized video games is completely wrong.

“That doesn’t mean people can’t advocate for better representations of females in games. They just need to be cautious not to make claims of ‘harm’ that can be easily debunked,” he further elaborated.

The study mentioned that many of the higher-quality studies were not able to find any correlation between the two. Some lower-quality studies did find some evidence but the research is dubious. Hence, this is just a way to blame the media for societal problems and not for better female representation.

“Obviously, we go through these cycles of blaming media for social problems. Again, to be fair, advocating for better representation of females in games can be a worthy cause even if the games don’t cause harmful effects,” Christopher Ferguson further added. 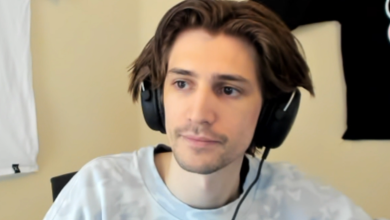