As first reported by Deadline, Ray Liotta, the voice behind Tommy Vercetti in Grand Theft Auto Vice City, sadly, recently passed away at the age of 67 years. The actor was born on 18th December 1954 in Newark, New Jersey, United States, and has passed away today, on 26th May 2022.

Ray Liotta’s representative, Jennifer Craig, was the one to break the devastating news at The Gersh Agency. Jennifer Craig told that the actor died during his sleep in the Dominican Republic, where he was working for the film, Dangerous Waters.

Ray Liotta was one of the most beloved people in the gaming community and always will be for his work behind the legendary Tommy Vercetti. Grand Theft Auto: Vice City is one of those games that has shaped modern gaming as how we see it today. Ray Liotta undoubtedly played a huge role in making the game huge, as we see it today and Rockstar Games realizes that.

Ray Liotta also had a great reputation in the film industry for producing some of the finest films to date. Some of these masterpieces include Goodfellas, Bee Movie, and Field of Dreams. However, Ray Liotta will always be remembered in the gaming community as the voice behind the sensational Tommy Vercetti.

For his performance as the protagonist, Tommy Vercetti, in one of the best open-world games ever, Grand Theft Auto: Vice City, Ray Liotta also won a Spike Video Game Award for Best Performance. The character is also regarded as one of the best protagonists in any video game to date. Not only this but Ray Liotta also played Billy Handsome in the Call of Duty: Black Ops II zombies game mode released in 2013.

GTA+ Subscription Could Be Coming To PC Soon 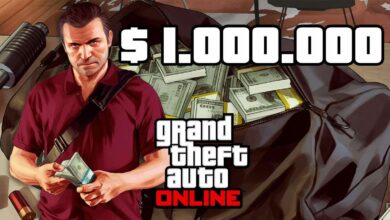