Every now and then, you must have seen game marketplaces like G2A and Kinguin promoting game deals that are an absolute steal. Likewise, you also might have heard from a fellow gamer, that these sites are a complete scam.

So why are these sites scam then? and how are they providing games cheaper than other game stores? To answer this, let’s understand it in a step by step process.

How Are Game Stores like G2A and Kinguin Different From Steam?

G2A, Kinguin, Gamivo, and Eneba are quite different from other game distributing platforms like Steam, GOG, and Epic Games Store. These stores are not exactly game distributors. They are actually game marketplaces like eBay, where you can own a certain thing and then re-sell it on someone else.

Unlike Steam, Epic Games Store, and GOG. These marketplaces are not authorized to sell the keys or games themselves. Instead, they rely on individuals, that are re-sellers of digital keys. Steam and other game distributing platforms work directly with publishers, therefore providing them a percentage of revenue from each sale.

On the other hand, these resellers have nothing to do with any publisher. They are simply selling keys that were obtained in a different way.

How do Individuals On Game Marketplaces Obtain Keys?

These sites have various sellers that use numerous methods to obtain keys. The legal way through which mostly do is that some outsource it from third-party sellers like Humble Store. Likewise, some sellers also purchase them in bulk during sales. As a result, all of these keys are re-sold for a much higher price on the marketplace. Now, these were the two legit ways that I believe the majority of sellers follow.

On the flip side of the coin, there are also really some shady ways through which these re-sellers obtain keys. As Reported many times, some individuals purchase dozens of games through fake credit cards and later flip them on these market places.

Many sellers have also been caught reselling games that were purchased in a cheaper region through a VPN. Remember that Steam does not allow VPN while purchasing games, hence an illegal way. Some third-party re-sellers are also corrupt, and they make profits from games that were received for charity.

Why are Game Marketplaces known to be a scam, while we consider them in the same meta of Amazon & eBay?

This is because of the list of scams that are associated with these game marketplaces. Most recently, we heard that G2A had decided to pay $40,000 to the developer of Factorio. This happened, after in 2019 G2A openly told everyone that they were ready to pay 10 times the amount of illegal keys sold on their platform. Factorio’s developer Wube joined the program and during the audit, they found out that 198 illegal keys were sold on the platform. As agreed, G2A then had to pay $40,000 to Wube.

In the same vein, Ubisoft once de-activated dozens of its games sold on G2A, because they were illegally obtained. Other notorious cases include, the 7,000 sniper Elite 3 Keys revoked, 30,000 Blackwell Deception Keys disappearing, and Devolver Digital openly saying “games purchase on G2A are not legitimate, not guaranteed, and not supported”.

Now that we know, what are game marketplaces and how they work? Let’s jump straight to the very popular question “Should You Buy Games From G2A, Eneba, Kinguin, Gamivo, and Other Game marketplaces?”

In my opinion, game marketplaces might not be entirely legit, but one should definitely take his chances. Steam itself was ruled out by the District Court of Paris in France, that games under the EU law must be allowed to re-sell. In other words, game reselling has now become more legal than ever.

G2A also reached out to us saying they have taken extensive steps to make sure their game marketplace is now safer than ever.

“Over the last few years, we have taken extensive steps on our marketplace to innovate and further secure our seller verification process, leveraging proprietary AI technology, and human expertise, to ensure we protect our users. Acknowledging our role as a major digital marketplace, we have deployed specialist monitoring and a strict AML/KYC verification process to achieve an industry-leading fraud detection rate. Ultimately, we are a company made of gamers, dedicated to empowering the unique community of gamers and geeks that use our marketplace. We care about the gaming industry and subsequently don’t allow selling shady products, like game accounts, that are easily accessible on other marketplaces.”

Sure, there are grey methods and how some sellers follow the illegal way. But to be honest, these sites are huge, and the list of scams is really narrow comparing how many transactions on a daily basis are successful. I’ve read the reviews on Trustpilot, and I can see that the game market sites are working really hard towards excellent customer service. There are options like refunds, replacements, and seller reviews to ensure that the risk of getting scammed is minimal. To make it clear, just like eBay, Game marketplaces also have seller reviews and all sorts of authorization requirements.

In short, take your chances with these game marketplaces, read their reviews, and make sure the seller has an excellent reputation. I’m sure, you won’t be scammed. 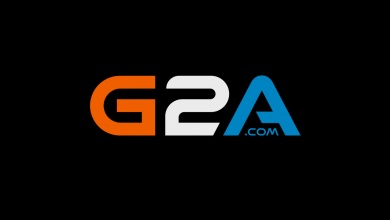 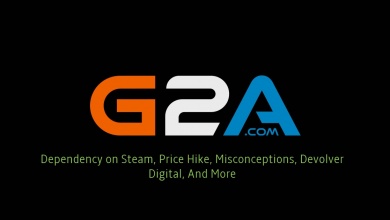