Baten Kaitos: Eternal Wings and the Lost Ocean, a timeless JRPG for the Nintendo GameCube, was initially released in 2003. Japanese developer Monolith Soft worked on the single-player action-adventure along with another studio called tri-Crescendo.

Being the first game in the series, the title went on to receive tepid enthusiasm in its days, but it was still enough to allow a second rendition in the franchise, namely Baten Kaitos Origins—a prequel to Eternal Wings and the Lost Ocean.

Now, however, sources have confirmed that the first Baten Kaitos game is getting a remake exclusively for the Nintendo Switch. eXputer has seen graphical evidence of the title under development but is unable to share any of it publicly at this moment in time.

Sources have also said that the release date for this remake is planned to be sometime in the summer of 2023 and that a reveal is possible during this year’s E3.

Moreover, the remake is in the works by the game’s original developer Monolith Studio — a Nintendo-owned company — right alongside Bandai Namco. Additionally, Nintendo is involved in the new remake and will work with the two developers to oversee the title’s development.

That said, it’s still unknown the scale at which this remake will be developed. There’s a level of uncertainty in the mix here, where the degree of Nintendo’s involvement in the IP isn’t fully known.

It’s yet to be declared whether the remake would be through-and-through full-scale similar to Demon’s Souls or a little held back on that front. The sources cannot confirm this detail at the present.

In addition, there’s a lightweight chance that the remake could be released as part of a bundle, where the collection would comprise both Baten Kaitos: Eternal Wings and the Lost Ocean and Baten Kaitos Origins, but don’t hold your breath.

It’s worth mentioning that Bandai Namco filed trademarks for both games in the series—Baten Kaitos: Eternal Wings and the Lost Ocean and Baten Kaitos Origins—a little over two years ago. Although not confirmed, it’s possible that the developers began work on the IP sometime before that.

All in all, the news does come as a heartfelt surprise to the fans of the franchise since several have been drooling over a new Baten Kaitos game for a considerable while now.

Again, according to the non-publishable graphical proof of what certain insiders have shown us, this is something that is one hundred percent happening. Come summertime; official Baten Kaitos news is going to surface sooner or later. 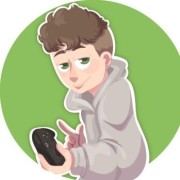 My name is Álvaro. I am a Spaniard living in the Netherlands and a lawyer by profession. In my spare time, I create informative content about the video game industry, with a special focus on Xbox.