A new video released by Call of Duty content creator NerosCinema has seemingly outlined new details of Call of Duty Warzone 2, that I’ve been able to independently verify with my own sources.

Sources have suggested that the majority of the information in the video is indeed accurate, with a few discrepancies here and there.

We won’t be covering the majority of what was said in NerosCinema’s video, so we suggest you check out his video. Instead, we’ll be discussing three key details; Strongholds, the Warzone 2 and DMZ map, and Returning maps from Call of Duty.

As mentioned in my early report last November for Modern Warfare 2 (via VGC), old maps will be returning to not only the core title but to the Warzone 2 map itself. Within the Warzone 2 map, the maps have been added and expanded upon, as per my original report.

Final POI names for the map itself have not yet been determined, but I can still outline a few of these maps and their locations within Warzone 2.

Highrise is located at the top right of the map under the POI name “Modern City.” As expected, Modern City contains a large city with a lot of skyscrapers and tall buildings, which should satisfy players that have missed Verdansk from the original Warzone game.

Quarry is located at the top left of the map under the POI name “Quarry”. Terminal is located at the bottom right of the map under the POI name “Airport”. This is one of three locations on the map with a large stronghold.

Afgan is located towards the middle of the map, but slightly to the left under the POI name “Caves”.

There are also several other POI locations that could include more Modern Warfare 2 maps too, including “Mountain Town” which is located next to the Observatory in the middle of the map, which could include Fevala.

There are several more locations too, that seemingly hint towards a couple of more maps, but sources could not confirm the information before the publication of this article.

Strongholds are something I’ve been sitting on for a while and with Neroscinema’s latest video putting the Stronghold information out in the wild, I wanted to explain them a little more.

There are several different tiers of Strongholds too, with three large strongholds and around 20-25 smaller strongholds scattered around the map. Strongholds are typically guarded by AI and contain objectives that you need to complete in order to gain access to your loadout.

Presumably, the harder the stronghold, the bigger reward. Not all POI’s have Strongholds too, like a presumably highly trafficked area like Modern City not having any at all.

Although Warzone 2 is still in development, Strongholds were described to me as being a new dynamic element to make players think carefully about their decisions, because once a Stronghold has been taken, no other players can access it.

If there are no Strongholds available in your area, then you’ll either have to move to the next available location or wait for the train to turn up that spans the entire map.

Warzone is no stranger to AI either, with AI first being incorporated into Caldera several months ago, which was likely to gauge how the community would respond to the feature.

Warzone 2 and the DMZ

Ever since my first report, I’ve reported that Warzone 2 and the DMZ will have the same map, which I believe is still true. Back in December 2021, a source sent me the first-ever footage and images of the new DMZ map, which contains little icons for objectives.

I was able to verify the video and images with other sources, who had said the footage was of the DMZ. Now nearly six months on, a newly acquired source has sent me the Warzone 2 map, which is identical to the DMZ map.

For me at least, this confirms that Warzone 2 and the DMZ will be sharing the same map, with each mode having a different gameplay loop. I’ve also reported in the past that the DMZ has been in development for several years and the map itself was designed with both the DMZ and Warzone 2 in mind.

If you’re not familiar with what the DMZ will be, it is Modern Warfare 2’s third gamemode that will be Call of Duty’s take on an extraction-based gamemode. Players will fight against other players and AI as they try to complete objectives, loot up, and extract.

Modern Warfare 2 is expected to release later this year, with a trailer reveal date of June 8. 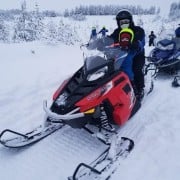