All in-app purchases are supposed to go through Apple, however, Epic Games circumvented Apple’s system and Fortnite was later banned from the App Store. Epic would later file suit against Apple which resulted in a year-long legal battle. Epic would also sue Google, alleging similar practices which also saw Fortnite removed from the Google play store.

Fortnite is no longer available on the IOS store, and many other companies are disappointed with Apple’s 30% cut of all app store revenue. However, there could be a shakeup in how Apple conducts its mobile business.

In 2020, frustrated with Apple’s control of the app store and its high 30% fees, Epic Games tried to circumnavigate payments for Fortnite so it wouldn’t pay a fee on any microtransaction revenue generated from the game.

The result was a long lawsuit between Epic Games and Apple that saw Fortnite banned from the app store. Judges would eventually rule in favor of Apple on 9 out of 10 cases but noted that Apple could be engaged in anti-competitive practices.

Epic released a commercial against Apple, based on their infamous 1984 ad.

While Fortnite is unavailable on mobile devices, Fortnite could be able to make a reappearance in Apple’s ecosystem. According to a Bloomberg report and the European Commission, Apple will have to comply with an EU law mandating the ability to side-load apps and install outside app stores.

Currently, Apple operates in a closed ecosystem, you cannot modify the operating system or sideload any applications onto any mobile apple device. In the past, people could jailbreak their phones and load new apps and other features not approved by Apple.

In comparison, Android devices are open source, meaning anyone could load an app from the internet, not on the Google Play Store. While Fortnite is banned from the Google Play Store, Epic Games allows Android users to download the app straight from its website. This is an example of what could be coming to Mobile Apple devices.

According to new EU legislation, Apple could be forced to adopt an open source Apple will be required to allow sideloading of apps according to the European Union’s Digital Markets Act. The regulation is under Article 6, section 4 of the new law. The full document can be accessed here.

The new law addresses very specific dos and dont’s that companies must comply with.

This new regulation means that Fortnite could be sideloaded onto an Apple device without having to be listed on the App Store. Currently, the only way to play Fortnite on a mobile device is to access it through streaming, such as Xbox Cloud Streaming.

Ironically enough, Xbox Cloud is also banned from the IOS App Store, and Microsoft encourages the users of its cloud gaming service to run it through a web browser.

It will be a while before this law takes effect. The European Union Digital Markets Act will be enforced in 2024, so it will be a little over a year before Fortnite could come back to IOS devices.

According to the European Commission, there will be harsh penalties for companies that do not comply with the EU digital markets act. They include a fine of 10% on the offending company’s annual turnover.

Bloomberg reports that Apple is hard at work opening up its systems to meet the new EU regulations. The company and its engineers reportedly are not happy about the decision, but they will have no choice.

It’s Not Just About Fortnite

The European Digital Markets app has an impact not just on Fortnite but on mobile gaming as a whole. Apple’s ban on things like cloud streaming services has been ruled anti-competitive by legal authorities. The new law could allow video game studios to earn 100% of revenue from mobile games without Apple taking their cut.

In recent years, cloud streaming has become a major way to play new games without having to have the newest hardware. However mobile devices have been a blind spot for a lot of cloud streaming providers and developers as the Google Play Store and the Apple Store demand their cuts.

It is difficult for many consumers to play cloud games on their phones as they often have to access a browser o to do so, something that can be clunky and not user-friendly.

Most would argue this is the pro-consumer thing to do. Apple has made many enemies through its 30% app store cut, including Elon Musk and Mark Zuckerberg. Epic Games CEO Tim Sweeny has said that “every politician should fear apple’s power” in reference to Apple’s control of the app store.

While this legislation could pave the way for AAA gaming on mobile devices, Apple could also be very negatively affected if traditional mobile gaming companies were to circumnavigate the apple store.

In 2020, Apple generated $13.5 billion from mobile gaming, which represented 66.7% of total app revenue for the year. This revenue is the 30% cut it takes from all apps on the app store. These are huge margins that game developers are missing out on, and this legislation could punch a hole into Apple’s mobile revenue.

We will have to wait until 2024 to see the effects of this new legislation. At this time, the act will only apply to European countries. Sideloading apps is a huge deal for Apple, and they will be very uncomfortable with allowing apps, not within their ecosystem. 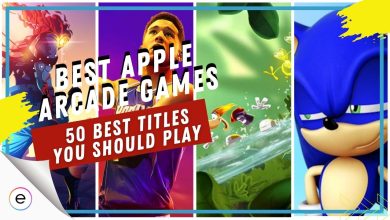 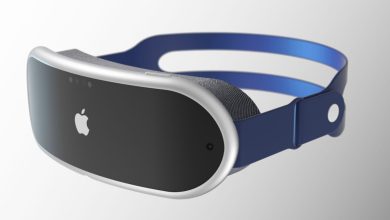