Video games have primarily influenced the expansion of the dystopian sci-fi genre, whether dealing with a rogue AI or the aftermath of an apocalypse. The groundbreaking action RPG series Deus Ex is one of the most significant contributors to the genre. The legacy of the fan-favorite game series was initiated a few decennia ago and featured six well-beloved games.

Deus Ex series mainly focuses on the distressing reality of the futuristic earth succumbing to proxy wars among different secretive societies. The mysterious nano-virus called the Gray Death is rampant, and the protagonist sets out to eradicate it. The quest takes a turn, and he falls victim to various schemes of the shady societies responsible.

The gameplay is coaxed by the finest amalgamation of various genres incorporating stealth, first-person shooting, and roleplaying action elements. The players can invest their skill points to concentrate on a specific build in mind. Fans have been wishing for a new Deus Ex title to arrive, and the wait might be coming to a halt.

As per the industry insider Jeff Grubb, the Eidos Montreal studio is excited to “get right back into [Deus Ex],” and the studio’s aim seems “to do what Cyberpunk 2077 couldn’t.” The cropped clip from the live stream was shared by user u/Awkward96 on r/GamingLeaksAndRumors Reddit Forum.

This announcement spread like wildfire, and the community began anticipating and discussing the supposedly next Deus Ex game on a ResetEra forum. A prominent industry insider, Jason Schreier, joined the conversation to clear the fog and commented on Eidos Montreal’s plan. The insider cited that Eidos Montreal is working on a new IP that is “furthest in development.”

Jason stated that a news Deus Ex title won’t be released for a “very, very long time,” so a bundle of patience needs to be exercised. This statement has definitely been a bummer to the excited community and has calmed down the initial buzz.

However, the fans of Deus Ex series are taking the news in good light as Eidos Montreal is hard at work to release their new IP. Perhaps the alluring studio will begin working on the new installment after releasing the new IP title. All in all, its better that a game will take a long time than to never release at all.

The future of Eidos Interactive is also looking bright after being embraced by Embracer Group as Square Enix did not consider putting resources in a new Deus Ex game. What are your opinions about a new Deus Ex game taking a long time to release? Do let us know your thoughts in the comments below. 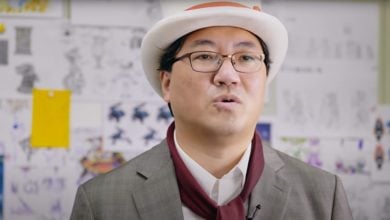