Initially announced for Xbox One, new reports suggest that Halo Infinite might skip on the old generation and would only release on PC and Xbox Series X/S. According to a new UI Art Lead Job listing for the game, Halo Infinite is listed as Xbox Series X/S and PC title. The employment postingshared on LinkedIn further details the role, mentioning full-time work till March 2020. 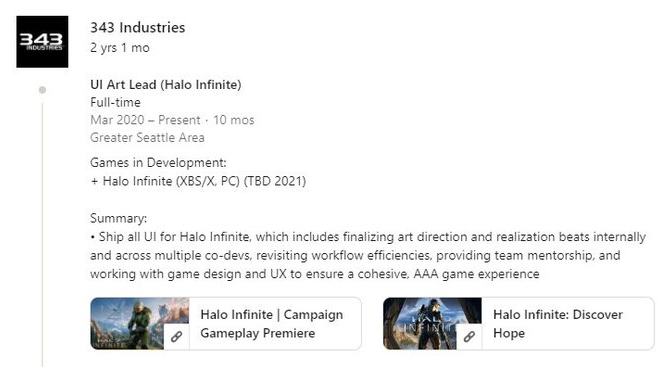 Here is a briefer description of the entire role.

Although this makes a lot of sense, especially after the remarkable downfall of Cyberpunk 2077, mainly because it couldn’t perform on last-gen consoles, we are still aren’t sure because now that Halo Infinite is close to its release. It would be very vague of Microsoft to announce all of a sudden that it won’t join Xbox One. Right now, the game is still listed for Xbox One on both the official page and Amazon. In addition to all this saga, we also have development director, Frank O’Connor, who said last year that Halo Infinite would look fantastic on Xbox One.

“The Xbox One is not going to be a second-class citizen,” he said. “We’re building it so it plays and looks fantastic on Xbox One, and then everything else is plus-plus-plus, but we’ve got a few tricks up our sleeves that we’re thinking about.”

Suppose you don’t know much about Halo Infinite. Well, It’s the sixth installment in the Halo series and is being developed by 343 Industries. The game was supposed to launch alongside Xbox Series X/S, but due to some negative feedback received on its showcasing and various COVID-19 factors, Halo Infinite was delayed indefinitely. Bruce Thomas, the mocap actor for Master Chief, says the game might release in Spring 2021. 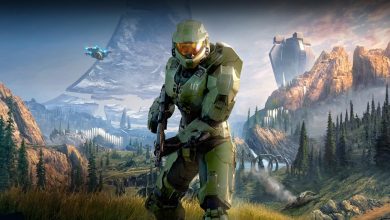