Horizon Forbidden West continues to follow the legacy of Aloy and explores the mesmerizing world of the Horizon universe. The title builds upon the foundations of the first game with enhanced allure. The fans have highly awaited a new DLC for the game, and the possibility is more feasible than ever.

The prospect of a DLC has been discussed for a long time in the game’s community. Now, a prominent leaker, The Snitch, has posted a new cryptic tweet circulating all around the gaming community. The reliable leaker hints at an imminent official reveal of the fabled upcoming Horizon Forbidden West‘s “Burning Shores” DLC.

The credible leaker recently posted a screenshot sketched on a California map, and the shape matches Aloy’s augmented reality device worn on her ear, called the Focus. Insider Gaming, run by Tom Henderson — former eXputer writer — also theorized that the image could be referencing the famous rumored “Burning Shores” DLC.

The image references locations like San Francisco, Las Vegas, and Los Angeles. The locations go hand in hand with the Horizon Forbidden West’s new expansion taking place in the following setting. The DLC gets its “Burning Shores” name because of a variety of speculated connections.

For instance, the non-existent in-game location, Burning Shores, was found jotted down in a note by a character that appeared in Horizon Zero Dawn’s Frozen Wilds DLC.

Insider Gaming articulates that the DLC may release in a few months, in April 2023. A DLC has been on everyone’s radar after players completed the enchanting campaign. We can also anticipate an official announcement and a reveal in just two days when the awaited Geoff Keighley’s The Game Awards 2022 event kicks off.

The rumors wind back to a few months in October when an actor strongly hinted at a prospect of a DLC happening soon enough. Lance Reddick, the actor who played the character Sylen, posted a video of him in motion capture and dots used to record facial features for in-game expressions.

Lance posted a tweet that read, “Hard at work in a session for Horizon Forbidden West.” The tweet was deleted soon after the revelation went viral and became ample evidence for the suspected “Burning Shores” DLC. We can also expect Sylen to play a more prominent role in the forthcoming expansion.

Rumors also go as far as July, when Aloy’s motion capture actress, Peggy Vrijens, cited that she was back in the studio to begin the mocap work for a DLC. The speculations have only deepened their roots into the fans hoping for a significant expansion to jump back into the unforgiving yet hypnotic world of Horizon Forbidden West.

It remains unclear exactly when fans will be able to relish the Burning Shores DLC.

The Horizon games are set in a post-apocalyptic world with remnants of an ancient modern civilization once decimated by a rogue robot swarm. Millions of players initially enjoyed the award-winning game, and many more are willing to return when the new DLC drops.

What are your thoughts about Horizon Forbidden West finally getting its long-rumored DLC after what seems like forever? Do you think the new DLC will live up to the lingering expectations of the hyped-up community? Do let us know your opinions in the comments below.

Similar Reads: 2 Hours Of High On Life Gameplay Has Leaked On YouTube. 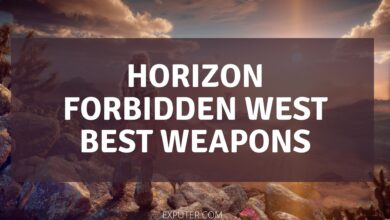