Marvel’s Spider-Man 2 developed by Insomniac Games is undoubtedly a game that many fans have been waiting anxiously to get their hand on. It is considered to be the next part of Playstation’s beloved Spider-man franchise.

The developers seem to have a very unique and interesting way to describe the game. They state “everything you love about the game more.” Of course, the vague statement has piqued the curiosity of many.

Marvel’s Spider-Man 2 is set to be released on Playstation 5. The game was in fact officially announced in September of last year. This was alongside a couple of other games including Wolverine.

The game will include our favorite heroes like Peter Parker, Miles Morales, and even Venom. In fact, the developed has something interesting to say about the enemies. They said, “There are multiple foes.”

However, Fans have recently started to worry about the radio silence from Insomniac Games. Needless to say, fans took to Twitter to get some answers.

One such user Jorge had something very interesting to say about the situation. In the statement, he claimed that he had in fact been asking Insomniac about Marvel’s Spider-Man 2. He continued by saying that after constant prodding the company has told him that the game was not ready.

I’m starting to get worried honestly. I been bugging insomniac about it but I stopped after they told me it wasn’t ready. I really hope it doesn’t get delayed 😫

Fans across the community panicked when they read the Twitter thread. Would this mean there would be an inevitable delay in the game’s release?

However before things could get out of hand, something truly remarkable occurred. Insomniac Game’s official Twitter account replied to the tweet, and they had something very interesting to say. Let us look into that.

Insomniac Games made it a point to dispel any speculation about the release date of Marvel’s Spider-Man 2. As per their statement, the game will still be released next year. They followed it by saying that making a good game takes a lot of time and effort, and fans could not agree more.

In fact, one twitter reminded everyone about the God of War Ragnarök debacle. They urged the community not to rush Insomniac Games whilst they make Marvel’s Spider-Man 2. After all, they have not waited this long to get a half-baked game.

Fans seem to forget that Marvel’s Spider-Man 2 is in fact a huge undertaking for the company and they would try to avoid any delays possible. Considering that fact Insomniac Games has an impeccable track record (they have released three games in a year). It seemed very unlikely we would be getting a delay to begin with.

What do you think about the whole situation? Let us know in the comment below. 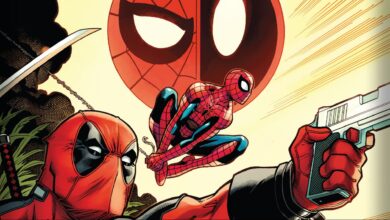