Gaming studios go through a lot of change during their lifetimes. From different publishers to new parent companies, they rarely have a permanent home to work in. So, these studios summarise the gaming industry’s nature, constantly changing and setting new standards.

Square Enix is one of the biggest publishing companies in the gaming world. To have such a huge list of IPs and an even bigger consumer base, you need a myriad of studios. And like other major companies, Square Enix has exactly that with each studio carrying out a different function.

Recently, the company sold one of its major studios, Square Enix Montreal, which was under its European label. Embracer Group acquired this studio alongside many other properties from Square Enix Europe. Since this acquisition, the studio has rebranded to Onoma but it did not last long as the studio is going to shut down.

Arena Battle Champions, Deus EX GO, Hitman Sniper: The Shadows, and Space invaders: Hidden Heroes are the games shutting down. The studio has put a January 4th expiry date on all of these titles. On this date, no players will be able to access the game even if they have it installed.

Onoma also said in the statement that the games will be removed from the App Store and Google Play Store too. But this will happen a bit earlier on December 1st, and no one will be able to download them afterward. Surprisingly, the studio is also shutting down the in-game purchases of the game.

Effective immediately, in-game purchases will stop in the game according to the statement. Onoma has also said that the players who have some credit left, should use it before January 4th. Players who do not use the credits they have left in the bank, will not get a refund from the studio.

At the end of the statement, Studio Onoma thanked all of the players for playing their games. It is sad to see a studio that has made games for a decade just shutting down instantly. The studio which Square Enix initially made to make a new Hitman game, will be shutting down as Embracer Group announced on November 1.

Lara Croft Go and Hitman Go, two of its most popular games are not present in this list. So, they are probably going to go on and not close down like the rest of the mobile games. Even though Onoma going down is sad, these games’ survival is a bittersweet end. 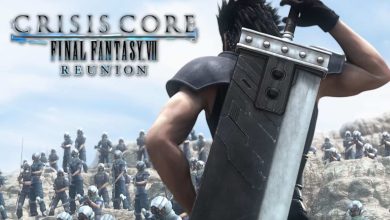