The release of Intel’s ninth generation cpus is drawing ever nearer. As it stands, it’s looking like they’ll release them either late August or early September. But waiting has never been easy for most people ok the internet, which is why we already have some leaked benchmarks from 3DMark that tell us some interesting things about the upcoming i9 9900k processor.
You can see that the test was done on the i9-9900k CPU and it recieved a score of 10719, when compared to the test done on the i7-8700k which had a score of 7918, that’s roughly 25% better. What’s more interesting is that the processor actually falls in the middle of the two AMD Threadripper processors (the 1920x and 1950X) with scores of 10524 and10725 respectively. The processor still is below the i9-7900X 10 core CPU, but only by about 200 points on the scale. 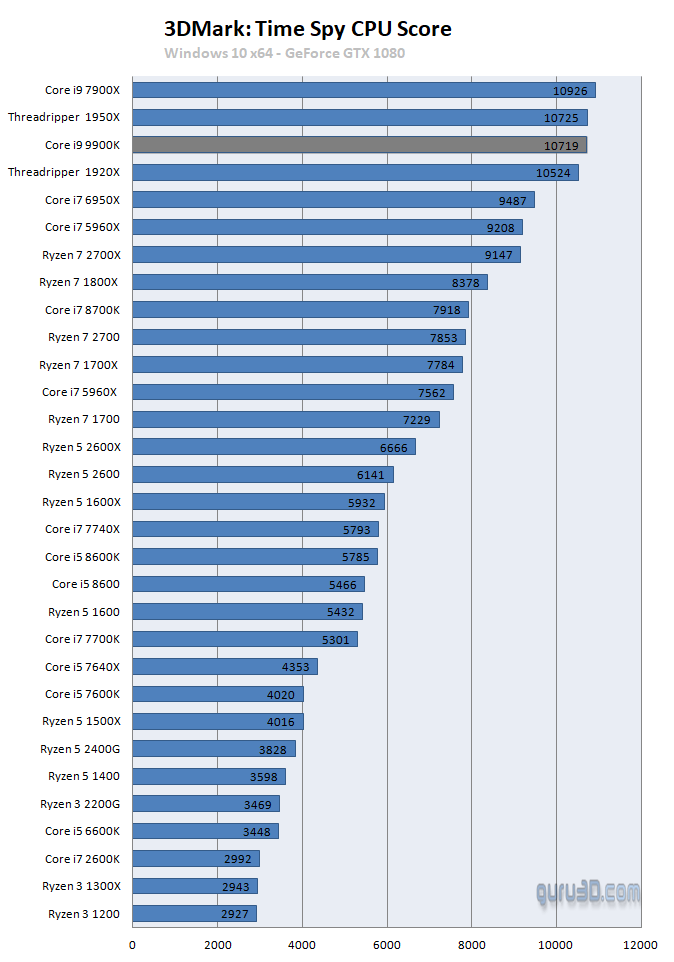 The test was done using 3DMark’s Time Spy program which pits the processor against a bunch of complicated computations and you get a number score out of that. However, it should be said that the Time Spy CPU test is moderately limited in that it doesn’t scale well with processors, especially when they have more than 10 cores. But these scores still count for something, and they show that even by Threadripper standards this new generation of Intel processors has a lot going for them.
Was this article helpful?