Let’s begin our Shatterline review by saying that this is a fast-paced first-person shooter title that is a lot like the DOOM games, but with a unique twist in terms of the gameplay. It is heavily dependent on multiplayer to provide an amazing roguelike experience alongside other PVP modes in the experience.

Our review will discuss all of these modes in complete detail and explain how these enhance the overall gameplay. It is also free-to-play, so you can check out the game for yourself as well right now without any monetary investment.

Additionally, the game is still in early access on Steam and the developers will keep bringing refinements to the gameplay over time. The 1.0 version of the game is slated for release in February of next year, so keep in mind that this is still an incomplete title.

The game is heavily focused on its multiplayer features so there is not a solid storyline, at least not yet. But that may change in the coming builds of the game over the next few months before the final release. However, that also puts us in a predicament, because there is not enough of a story to discuss in this review. It is the gameplay where the title shined the most during our Shatterline review.

As for the setting, the game takes place in a post-apocalyptic world where humanity has been infected by a deadly virus. The virus is actually from outer space and has transformed humans into crystalline-infected entities. It is a cosmic attack on a planetary that happens in Shatterline and you, as the player, must fight against these infected in an amazing FPS experience.

There are two different game modes in the title that we got to play as part of our Shatterline review. A PvE mode known as Expedition in which you group up with two other players and take on hordes of enemies in a roguelike experience. And the PvP mode known as the Versus mode is another fun shooting experience much like Apex Legends, however, on a much smaller scale.

There are different characters known as Operatives that you can choose to play with in both modes. These characters differ in having unique and special perks, gadgets, and weapons. You can even experiment around with almost 25 weapons currently.

As for the PvE mode, you queue with two other players in a group of 3. There are matchmaking options available, so you can play this with both randoms or friends. You work in a group and take on waves upon waves of different enemies while preparing to fight a boss at the end. Death can lead to your rewards getting halved and the whole level getting restarted, which adds to the roguelike experience in the game. Blueprints and credits can be earned by playing the PvE mode as well. Blueprints can be used to craft new weapons in the multiplayer mode whereas credits are used to unlock attachment slots for your weapon.

The multiplayer mode known as the Versus mode is further subdivided into different types of matches including Team Deathmatch, Conquest, Plant-the-Bomb, and Escort. With this much variety, the multiplayer mode is both diverse and fun.

In Conquest, you have to control different objective areas while fighting off the enemy team, whereas in an Escort you have to deliver a vehicle to a marked location while fighting the opposing team. However, you can choose to play in either defense or offense as well.

Team Deathmatch is the most fun mode to test out different weapons and operatives in the game because it is also the most traditional. There is additionally a weekly barricade mode in the game as well that can be played in PvP. it is basically a build and survive mode that incorporates multiplayer FPS mechanics.

The gunplay is extremely smooth and quite similar to some AAA shooters like Call of Duty and Battlefield. That is quite an achievement for a free-to-play game. Although the game might feel like another generic arcade shooter, the moment-to-moment gunplay is extremely refined. Traversal mechanics are also really responsive, and you can crouch, slide and do most of what any other shooter might offer.

Overall, the gunplay is great that is additionally paired with a good movement system. Shatterline also has a battle pass. There is a free and paid version of it as well. The paid version provides better rewards and the rewards unlock faster compared to the free version. So you can expect some form of microtransactions in the game, which are generally present in almost all free-to-play games.

As good as the gameplay is, there are still some major faults that cannot be ignored. Currently, there are only five different maps that you can play in PvP, which is far too limited for a multiplayer-focused game. Additionally, most of the weapons and operative abilities are still unbalanced, which can lead to some unfair encounters in PvP. Most operatives are either too powerful or just straight-up weak.

Now let’s move on to the section of the Shatterline review that talks about the visuals of the game.

Shatterline is an almost average-looking game when it comes to graphics, but that’s not a bad thing. It gets the job done for a fast-paced FPS and the visuals are fairly serviceable. Don’t expect anything extraordinary, but what is here gets the job done. It will also work on a wide selection of GPUs, which is always good.

As for the performance, the game is still in early access and you’re bound to come across bugs and glitches. The developers will surely continue to improve the game more and more down the line. I tested the game out on my RTX 1060 and encountered no major performance problems to speak of. Everything I did see was due to server issues, but that’s kind of a mixed bag right now. Again, this game is in early access.

Shatterline is an amazing free-to-play FPS that can be played in PvP, or as PvE with other players. It is additionally a roguelike game that provides quite a challenge in its PvE mode. The gameplay is top-tier and fast-paced, however, the amount of content is still too limited right now.

The PvE mode does not have a definitive storyline and there is not enough variety in the maps in PvP as of yet. Some of the weapons and operative abilities also need to be balanced immediately. Aside from that, the game is a solid FPS that is not only free but also provides an amazing roguelike experience.

This concludes our review where we explained both of the game modes in complete detail.

This has been our Shatterline Review. While you’re here, also check out some of our other articles.

Shatterline is an amazing free-to-play FPS that can be played in PvP, or as PvE with other players. 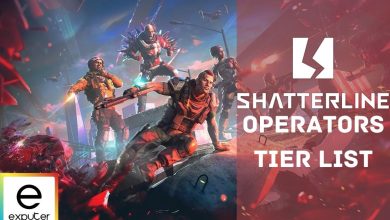 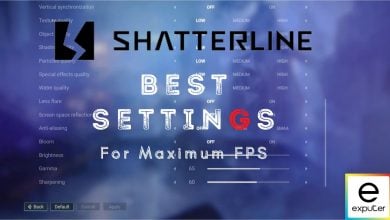 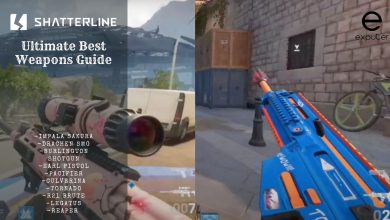 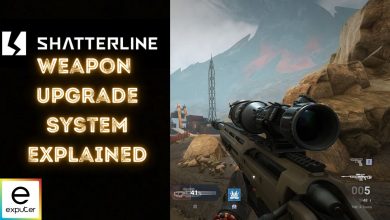