Before we begin our Temtem review, let’s discuss the expectations placed on it first. This is an indie title that takes a lot of inspiration from the critically acclaimed Pokemon games, and builds upon their gameplay in interesting ways. It was released as an early access title almost two years ago, but the game has finally received the official 1.0 patch now.

But this is not simply a Pokemon clone, as the game actually improves upon the core mechanics with its better creature-collecting gameplay. There are a lot of quality of life changes here as well. which some Pokemon fans will love. We will discuss these changes that Temtem makes in detail later in the review.

Even the story of Temtem seems like a complete parody of Pokemon. The references that this game makes are straightforward and easily noticed. Basically, you wake up as a young child at the start of the story, after which the game leads you to meet your best friend outside your home.

With your friend in tow, you travel to a nearby laboratory where a Professor is anticipating your arrival. The village’s Professor then introduces you to three different Temtems, which are cartoonish yet magical creatures. However, the game only allows you to choose one of the three as your starting partner, which is par for the course. After deciding on your Temtem, you being your journey to become the world’s best Temtem trainer.

You additionally have a rival in the game and there is even an evil organization that plays the role of the antagonist. Your end goal is to halt the activities of that organization, which brutally experiments on Temtems for their own nefarious goals. On your journey, your rival character will also challenge you to battle quite a few times.

That is the central plot of this game and Pokemon fans will probably think that it’s a ripoff of their favorite franchise. But the game doesn’t try to hide these inspirations, rather it boldly owns up to them in both the story and gameplay.

But there is not a complete and solidified storyline that runs throughout the game. You will find small story sections that are different from each other in the various areas that you explore. However, the characters that you meet are unique in design and have multiple dialogue options for you to engage with.

The game itself is set in the Airborne Archipelago which is a world full of various unique areas including poisonous forests and volcanic mountains. There are a total of 6 islands that you can explore, and each of these areas is additionally filled with interesting characters that you can interact with and unique Temtems that you can catch.

The core mechanics of the combat system are again very similar to Pokemon, which is a turn-based game. However, it has many great quality-of-life features that further improve the core gameplay. Before we dive into some of these, let us explain some of the basic resources the game provides you with.

First off you will find Tempedia, Temporiums, Temcards, Balms, and Smoke Bombs in Temtem. Tempedia is a journal of the monster creatures that you will tame in the game, while Temporiums are breeding centers that also take care of your magical friends. Balms are potions that can be used for healing, whereas Smoke Bombs can be utilized to escape battle. Temcards are used to store or catch your Temtems, instead of you know Pokeballs.

Pokemon games also don’t usually have much to offer aside from the main campaign. There are not a whole lot of side quests that you can do, and even then, a lot of them are not worth doing as they don’t impact your experience in any major ways. Temtem however has tons of side content that has been developed and refined over the course of two years of this game’s early access.

But those were the basics of the game. Now we will discuss the different changes that Temtem makes to improve upon the Shortcomings of the titles that inspired it. In Pokemon games, you could only have a certain set of moves for your Pokemon. If you wanted to learn a new move, then you had to let go of some previous attack in order to make some space. However, in Temetem, you can switch between the four main moves of your monster friend as much as you want.

There is also a stamina meter in the game as well that is tied to the abilities of your monster friends. The stamina depletes as you use the Temtem’s attacks in battle, and once it runs out, you won’t be able to make use of those flashy attacks and moves. This meter refills itself at the end of every battle, or it can be filled by resting for a turn during battle. Additionally, the fights in Temtem actually make use of two monsters at once at most times. You’ll be using two different creatures in battle simultaneously.

This 2v2 aspect of the game actually speeds up the fights and you can additionally use this mechanic to match up two different monsters that buff each other’s abilities. For example, a Crystal type Temtem gets buffed when used alongside a Wind type Temtem. You can even use one of your monster friends for offense while the other focuses on defense.

Another key highlight of this game is that it is a completely online experience. However, that feature is great for certain aspects, but it also adds some flaws to the game. Firstly, you can see other players roaming around with their Temtem in your world. You can ask for their help and explore the world with them while doing missions in CO-OP, or you can challenge them to a battle and actually test out your Temtems against each other. This is the main benefit of being a massively multiplayer game.

However, not everything is great. Being online 100% of the time means that you cannot reload any of the saves and every time you lose in battle or miss some side quest, you cannot redo that as everything is registered in the servers. Additionally, some people might face problems with a slow internet connection and that affects the gameplay. If the servers are under maintenance, then simply just can’t play the game either. This is why the title should’ve had an optional single-player or offline mode.

Another major flaw of Temtem is that there is not enough variety in the creatures that you can find, breed, and tame. As compared to Pokemon, where you can stumble upon hundreds of different creatures, Temtem simply doesn’t offer the same diversity. These creatures are unique in design, yes, but there are simply not enough of them.

Temtem is an indie title so don’t expect top-tier visuals or the higheset level of graphical fidelity. It has a unique cartoonish art style that successfully manages to represent a fantasy world filled with monsters. The game is pretty to be sure, but visually it does not have a lot to offer aside from the unique designs of Temtems.

Performance wise the game runs smoothly on almost all platforms. It has been released on the Nintendo Switch alongside Next-Gen consoles and PC. It runs perfectly on all of these platforms, however, the stability of your internet connection can affect the performance. And of course, Switch users should not expect to match the graphical quality of the PC and the more modern consoles.

Temtem is not simply a Pokemon Clone, the game offers a lot of its own unique content as well. You can catch, tame, or breed the monsters as expected, but it also builds upon certain shortcomings of the gameplay of the Pokemon franchise. The stamina system is one example of this, and the constant 2v2 battles are another.

However, its online system adds certain flaws to the game and makes the experience a bit rough for players with weak internet connections. When it works though, the MMO aspect is really fun, and the PVP, in general, is also extremely enjoyable. Pokemon fans will really like this game.

Overall, it is a good indie title that manages to provide a smooth gameplay experience and a huge amount of side content alongside its main campaign. This concludes our Temtem review. We analyzed both the pros and cons of this game and explained them in complete detail to our readers.

This has been our Temtem Review. While you’re here, consider checking out some of our other articles.

Temtem is not simply a Pokemon Clone, the game offers a lot of its own unique content as well. You can catch, tame, or breed the monsters as expected, but it also builds upon certain shortcomings of the gameplay of the Pokemon franchise. 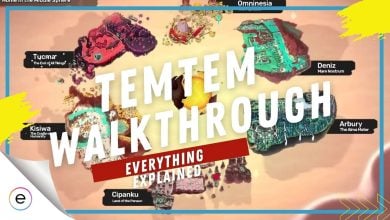 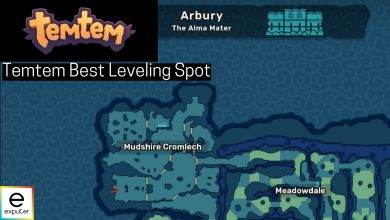 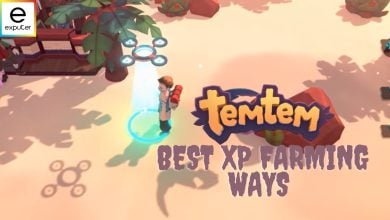