Here’s a fun idea, take a shot every time you read the word “Accountability” in this article. As video games have gotten more and more mainstream and publishers have started to aim toward wider audiences with their titles.

One of the things that are starting to feel lacking in modern AAA titles is accountability for the player’s actions in any particular game. This lack of accountability also results in a lack of engagement from the player’s end as the game’s world starts to feel stagnant when it doesn’t directly or indirectly respond or communicate with the player.

While trends eventually die off and are replaced with new ones, there’s one trend that’s unequivocally staying consistent across the AAA industry and that’s making things as convenient as possible for the player.

Whether through overly forgiving dynamic difficulty, convenient checkpoints, giving decisions that rarely lead to any consequences or stagnant open worlds where the goal is only to get from one point to the other without actually doing anything to engage with the world itself.

These are all aspects that seem homogenous across most AAA games. Games are a lot more engaging when the player knows their actions will have serious, tangible consequences in the game’s world.

Whether its successfully making your way from one end of the level to the other without using resources in a Resident Evil game or having your decisions alter the world or your alignments with other factions in games like Dragon Age or Fallout or seeing how the game’s world is affected by your play style.

Survival Horror Games and RPGs are particularly good at enforcing this kind of accountability to the player.

There are many other examples of this sort of “accountability” in games where players see actual tangible results for their actions for better or for worse. When games reward players with outcomes for their decisions it instantly gets the player to be more immersed in any game or setting while also significantly boosting a game’s replayability.

Below we will take look at games that do just that and how other games can learn from it. 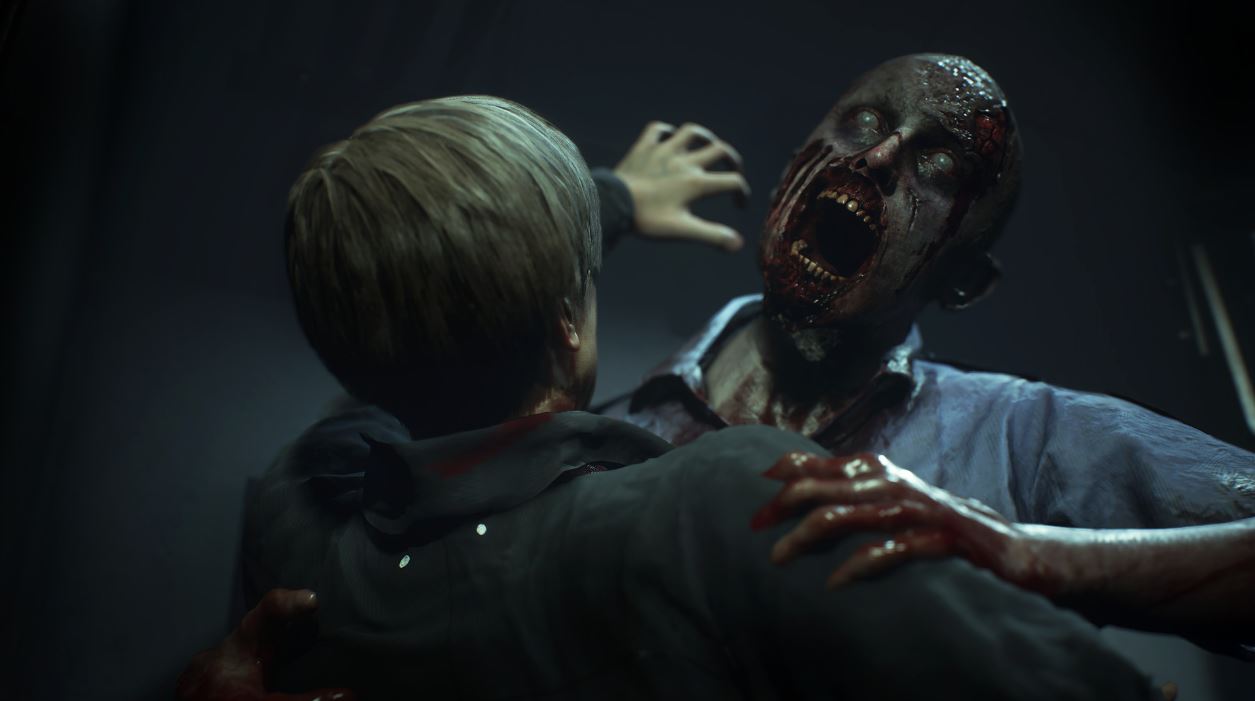 While I could put many of the entries in the RE franchise here or many survival horror games in general, I think the Resident Evil 2 Remake is one of the finest and most recent examples of this kind of gameplay approach.

Resident Evil 2 Remake excels at building tension and using said tension to influence your decisions as you survive through Leon’s worst day of the job. Navigating the halls of RPD requires careful use of all your resources while rewarding the players who play on its terms and conserve their ammo with a steadily building surplus throughout the game.

Even for those who play more callously, the game has a very subtly implemented dynamic difficulty that ensures that even players who play recklessly won’t ruin their game but also makes it so that they’ll always be making through encounters by the skin of their teeth.

This ensures that by the end even Casual players will begin to learn and be actively participating in even minute decisions like how much ammo to take for each trek across the RPD and what items to bring with them.

The game puts all of this to the test on its Hardcore difficulties where players have new variables to manage like limited saves and revised item locations to keep you invested at every point in the game. Even multiple playthroughs later in the game will have you sitting for minutes on end wondering what to take and what to drop in the item box before you once again exit the safe room.

Another perfect addition to this cauldron of survival goodness is Mr. X. A consistent threat that will chase you throughout the halls of the RPD. Mr. X is yet another layer to the already enticing pile of decision-making we went into earlier, as he forces you to familiarize yourself with the layout of the area and take shortcuts and side routes so that you can avoid him.

Resident Evil 2 Remake is good at punishing these mistakes without being too unforgiving with them. Leon and Claire both can die in only a handful of grabs and zombies can end up soaking a ton of ammo but to alleviate that the game offers more healing items as well as the ammo crafting system from Resident Evil 3 to make sure that players have more agency over their resources thus allowing for even more of those good ol’ decisions. 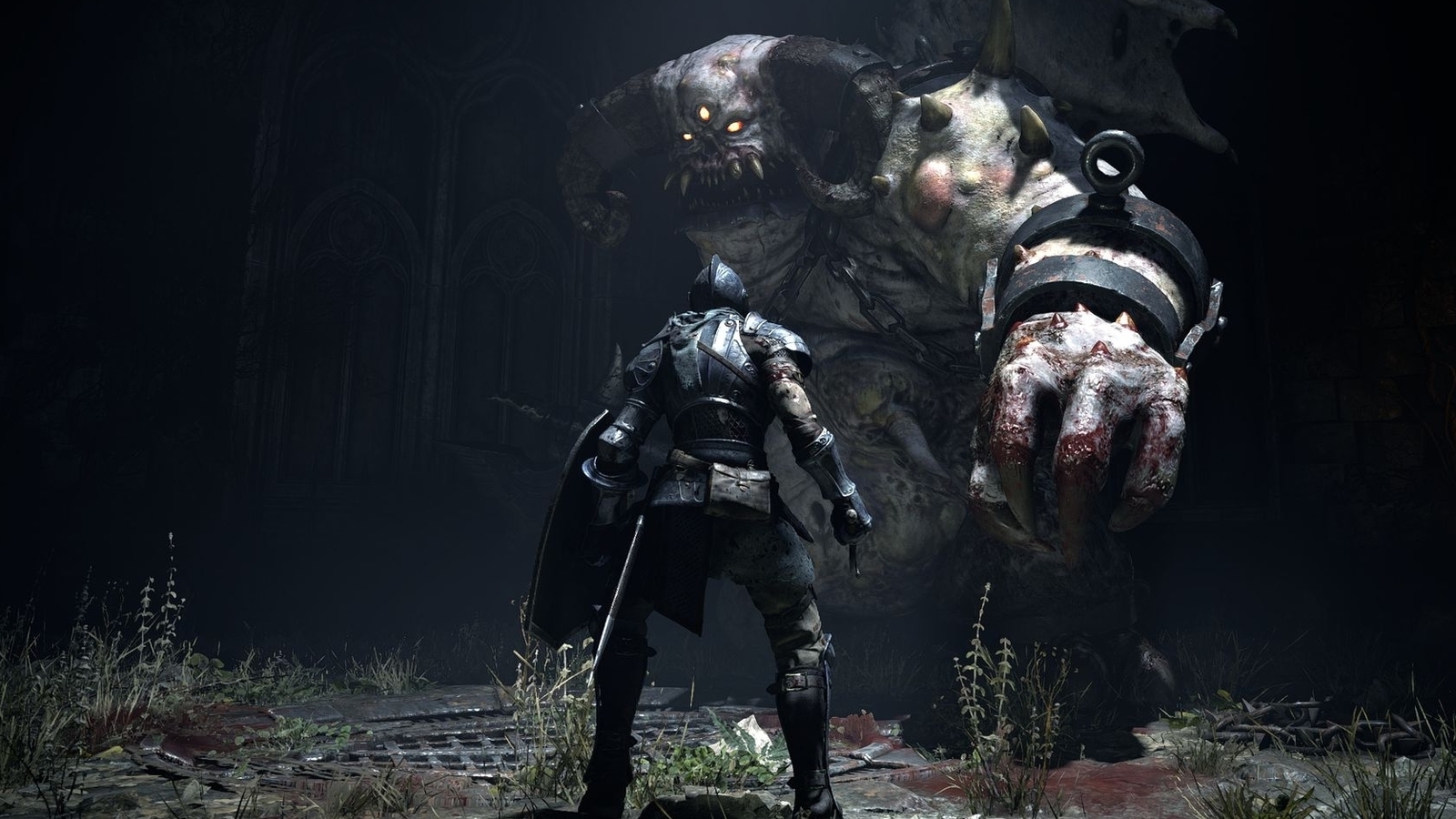 In one of the hotter takes I’ve had in recent memory; Demon’s Souls is my favorite entry in From Software’s Souls series. I love the atmosphere, the world, the art direction, and just about everything in this game. One of the best aspects of Demon’s Souls is how it puts you in the mind of an adventurer.

Levels aren’t just a straight gauntlet of enemies but are filled with devious traps and obstacles for you to maneuver and unlike the bosses, in the newer games, the bosses require more thought and border on being puzzle-like.

All this gets you to play the game from the perspective of an adventure. The game encourages you to play it slowly and cautiously, pick apart enemies one by one using ranged options, and use everything in your arsenal to outsmart the game’s ruthless difficulty.

Demon’s Souls is another game where that sense of accountability seeps in as soon as you enter the Boletarian Palace, the first level of the game.

Boletarian Palace is filled with enemies that will snipe at you, lure you with traps and ambush you so rushing headfirst into danger more often than not ensures a fairly swift return to the start of the level but also reduces half your health bar.

This makes every mistake weigh heavy on the player and thus incentivizes a slower playstyle and it teaches the player how to approach the rest of the game as well. 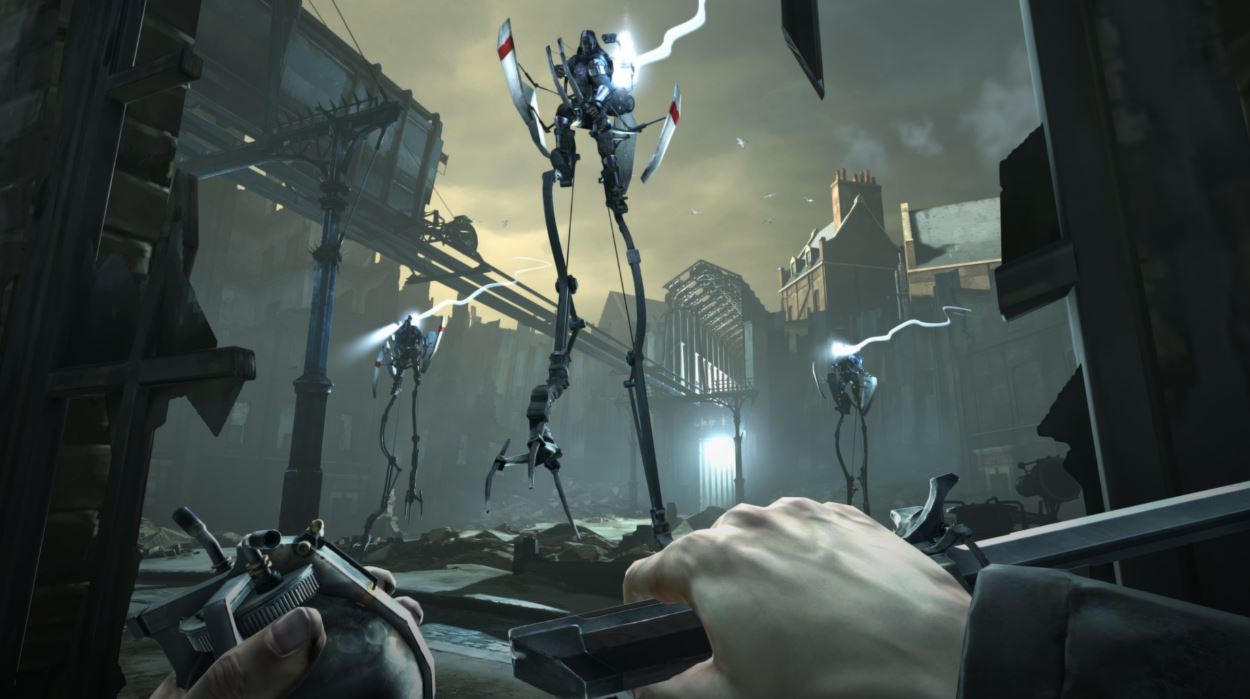 Arkane’s stealth action masterpiece is beloved for many good reasons. It has some of the smoothest stealth gameplay you’ll ever see, the levels are large open-ended areas with tons to discover and a ton of verticality to support your movement abilities and it has the best first-person melee combat system this side of Dark Messiah.

What goes underappreciated about Dishonored however is how it funnels you towards two of its primary playstyles. Low chaos or High Chaos, kill most enemies you see and it will have tangible effects on the world like more sickly people wandering around, more rats and guards and citizens alike will talk about you in fear.

Play it completely non-lethal however and you’ll see way fewer rats and sick citizens. And the game talks about you in an entirely different light. Dishonored holds its players accountable for their actions and shows that their actions have a tangible result in the world.

While people assume that this feels like the developers are actively de-incentivizing combat or “having fun”, I think it adds an interesting layer of decision-making where at times you will have actively decide if it’s worth killing certain enemies or leaving them alive by simply knocking them out. Plus, it’s a decision that immerses the player in the game’s already fascinating setting. 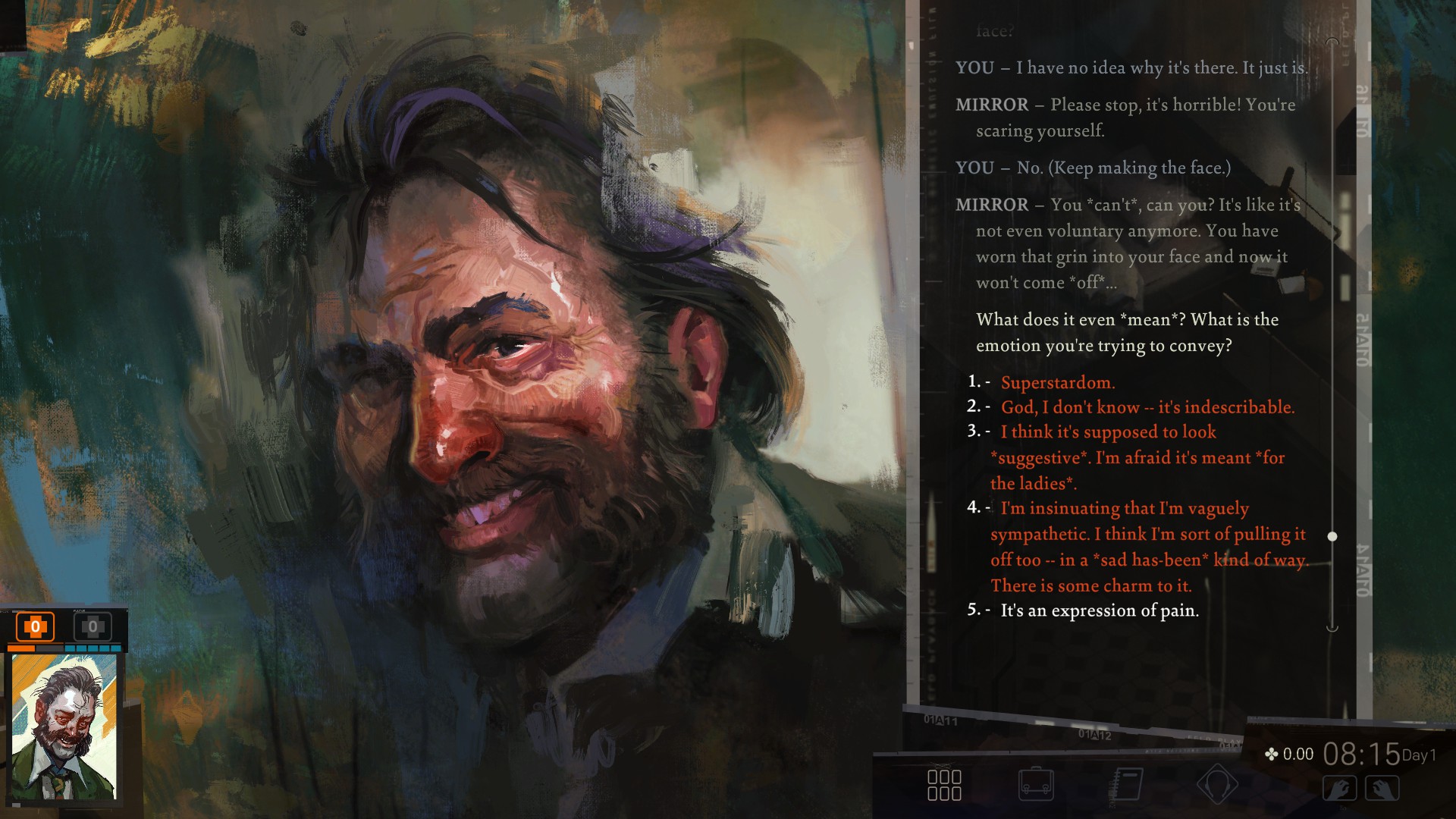 When it comes to accountability through storytelling. Extremely few games have done a better job at it than 2020’s Detective RPG Disco Elysium. Disco Elysium is a masterclass in videogame writing and storytelling. The plot is an intriguing web of mysteries where the outcome highly depends on the choices you make throughout the game.

The game accommodates every single choice you make in the game, a small remark against a character might come back to bite you on the arse a few hours later when he refuses to help you when you need a favor. Inspecting a dead body without proper equipment will have your character vomit on the floor and refuse to actually inspect the body.

The game remembers every choice you made and not in the “Clementine will remember that” way but in the sense that these same choices could end up saving you an hour’s worth of completely optional side content or send you on a multiple-hour-long errand before you get to finish that same task. Holding the player accountable in this sense makes for a world that feels genuinely living and breathing.

Accountability is something that matters a lot in games, from open-world titles like Breath of The Wild to Action RPGs like Demon’s Souls. It encourages the player to actively participate in the game’s systems and mechanics while encouraging thoughtful play and decision-making.

Showing the player how their actions influence the game’s world for better or worse encourages much more active play instead of passive play. With the popularity of games like Disco Elysium, Resident Evil 2 Remake, and the Demon’s Souls Remake, I do hope that we can expect more games that bring out this kind of thoughtful play, especially from the AAA industry.