Assassin’s Creed Valhalla is the twelfth game in the franchise that started way back in 2007. Since the first AC game, the series has gone through multiple adaptations to the evolving gameplay elements and higher graphics. The current iteration is by far the best Assassin’s Creed game when it comes to storytelling, richer open-world, skills & combat system, character customization, and RPG loot mechanics. Also, there are more secrets lying above and below the ground level, waiting for the players to explore and take. Assassin’s Creed Valhalla Grimes Graves is one such underground place that houses a Treasure of Britain and many other goodies.

There are tons of new activities for players to explore in the world of AC Valhalla. One such unique mini-game is the flyting duels. Basically, if you want to grasp the core idea behind this activity, consider this as a Viking-era rap battle. If you never had one of these duels in the game, visit our guide and learn more about the flyting locations and the correct responses you should give to win the duels.

If you never played the game and are getting it on PC, you must know that this is the first AC game that uses DX12 API. Assassin’s Creed Valhalla eats a good amount of RAM and VRAM. So, if you want to get higher fps without compromising the graphics, read our AC Valhalla PC Settings guide.

What is Grimes Graves

According to the game’s lore, Grimes Graves is named after Grimr, meaning “hooded one.” The location is named after Grimir because he was one of Odin’s epithets. Moreover, Assassin’s Creed Valhalla Grimes Graves location was first a mine in Norfolk England. The cave houses treasures and riches. It also became cursed when Grendel and his mother started dwelling inside it, practicing forbidden magic.

In order to reach the entrance of Grimes Graves, you need to go above the Deod River on the northwest side of East Anglia along the border of Grantebridgescire. Once you are there, look for the location as shown in the image here below.

Once you are standing right above the cave, jump right below the gap via a leap of faith. After coming out of hay, you will come across three passageways/doors. All you need to do is go for the door in front of you and do not go to the left or the right one.

After that, you will see another door at a distance. Reach it by jumping over the ledge and go right through it. Then keep on heading straight and loot silver and other items you come across. After that, you will have to slide down an area that is filled with knee-level water. To its right is a locked door that is tied with the Beowulf quest.

If you came to Assassin’s Creed Valhalla Grimes Graves through the said quest, then you will have to fight the boss and later pick up the key to access the locked door. After that, climb up the ladder, traverse the obstructions, and you will come across a big black flag.

Move past it and jump across a few more obstructions to reach the treasure’s location shown in the image below.

To collect the treasure, break the vase, and the item will be revealed. Doing so will count towards Grimes Graves Treasure of Britain item completion.

Besides the interesting lore standpoint we mentioned above, Grimes Graves houses tons of other good stuff, waiting for players to venture and take.

While playing Assassin’s Creed Valhalla, you may come across many clues indicating the Excalibur weapon’s part’s location. One of such clue’s official description says:

Alone I rot in inky black; The end of a shadow-maze; In the hand of one born well; I blaze with boundless flame

If you did not get the clue during your playthrough but still managed to stumble and find the treasure in the Grimes Graves, bravo! You just got an important treasure that many go through the trouble of finding it exclusively.

One of the many reasons why you should go to Assassin’s Creed Valhalla Grimes Graves is that it contains one out of eleven Treasure of Britain items. If you are not familiar with the overall importance of this treasure, you must know that to receive Excalibur weapon in the game, you need to obtain all eleven Treasures of Britain pieces. This is why many players come to Grimes Graves in the first place.

The treasure is well-conceived inside a vase that many players may assume a glitch since there is no button prompt to interact with. It is because you can interact with the item after breaking the vase. The treasure is found at the very end of Grimes Graves cave, just a tad further behind the large black flag. Other than that, while looking for the Treasure of Britain inside the maze look-a-like cave, you will also come across good loot and silver. So, loot everything you see in your sight.

The Locked Door in Grimes Graves

Before reaching and interacting with the Treasure of Britain item, you come across a large area with knee-level water secretly hiding an item. This area shown in the image above contains an item kept behind a locked gate. You can spot this item through Odin vision.

A key can also be seen lying at one of the few wooden boxes but may not be interactable. It would appear as if it was glitched. However, that is not the case here, and the key becomes interactable only if a certain quest brings Eivor to Grimes Graves.

So, in order to access this locked door, you will need to have the “The Legend of Beowulf” DLC. One of its early quest tasks you to visit the location shown in the image above. You will encounter a boss battle here, and after beating the boss, you will get the opportunity to access the locked door.

That is pretty much everything you need to know about Assassin’s Creed Valhalla Grimes Graves. Let us know more of your thoughts in the comments section below. 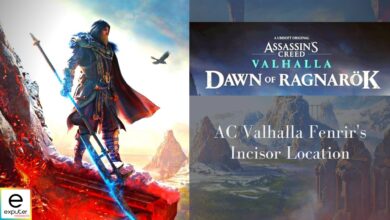 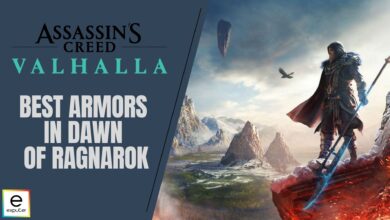 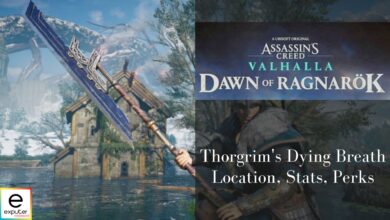 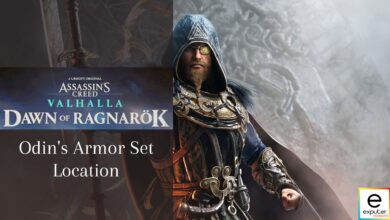 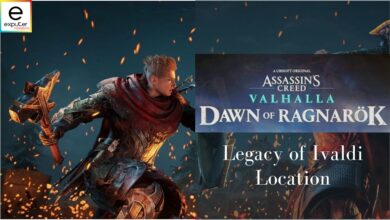