Rimworld, an indie top-down space colony management and construction game developed by Ludeon Studios, was officially released in 2018 and received many praises from critics. Rimworld is a fun and highly mod-able game and offers you just the right amount of challenge to get you interested. The developers of this game have done a great job in making this almost realistic survival game, whose core theme is hunting and farming for food. That raises the question of what is the best crop for your survival? Here is our guide on the best food to grow in RimWorld.

Fighting with the raiders to survive, and building a strong and optimal base loaded with all the necessary equipment like auto-turrets, gun-making machines, room for your colonists, and recreation areas like parks and clubs with poker tables, etc. Besides building a stable colony, maintaining it to see how the story of your colony unfolds, surviving in Rimworld is also the core theme of the game.

The end goal of RimWorld is having your colony escape from the world. With so many challenges and unique tasks, one will hardly get bored by the deep and intricate gameplay that Rimworld offers. The random events and story-generating sets Rimworld apart from its competitors.

Food is without a doubt the most important thing to survive. This applies in the world of Rimworld as well. You get food by raising crops. Farming is the key feature of this game that ensures the survival of your community.

Best Food to Grow in Rimworld

When starting, players might get confused as to what crops they should invest their time and resources on to ensure the sustainability of their colony. The food production chain in Rimworld results in edible food, starting from obtaining the raw materials from the crops you grow to the making of refined food from the raw materials you have collected. Vegetarian ingredients in the Rimworld are obtained from farming, while the meat is obtained by rearing Livestock.

There are many things that you would have to keep in mind when deciding what crop is the best for your colony. The length of the growing season, the fertility of the soil where you intend to plant your crops,  your tech level, and many more factors come into play when deciding the best crop to grow for your colony.

There are five main crops in Rimworld that you can grow and cultivate: corn, hay grass, potatoes, rice, and strawberries. Each food comes with its own set of advantages and disadvantages. There are many plants like a smoke leaf and timbershrooms that can be very beneficial for you. All this variety of crops just makes it hard to decide on what are the best foods to grow in Rimworld.

In the list below, we have discussed in detail the advantages and distributions of crops and what food might be the best for you to grow in Rimworld.

If your colony is more on the dry side and has a deplorable soil condition, i.e., you’ve settled your base in a desert, then the best and perhaps the only option for you is to grow potatoes. Potatoes are not affected by soil fertility and soil condition; this makes potatoes the best food to grow in RimWorld, especially in the colonies surrounded by gravel and constructed on dry land. The Potato plant yields 11 potatoes at 100% growth. This domesticated plant requires 5.8 days or 10.71 days if you include the nightly resting period. It requires full light and an optimal temperature range to reach maturity.

The best part about potatoes is that the medium yield upon harvest is 11, making potatoes very resourceful. Their nutrition increased from 0.2 to 0.25 in the latest version. Potatoes are great to grow despite the bad conditions of the area you’ve settled your colony. Even though they do not grow as fast as rice or strawberry plants, they are the best option you have if your soil condition is inferior.

Another perk about potatoes is that they can be eaten raw by the colonists; however, eating raw potatoes may give them a slight mood debuff. Potatoes have a tendency to spoil within a few days after harvest. This is why refrigerating them is necessary.

So make sure you shove them into the freezer as soon as you cultivate them. Also, don’t leave them out on the field for too long. Animals will either eat or spoil them. Another disadvantage of potatoes is that they grow very poorly if the soil is rich or using a hydroponic system to cultivate it. Potatoes are the best crops for desert colonies, and farming potatoes is a great way to ensure that your colony doesn’t rely solely on meat as its food source and your hunter and livestock to sustain itself.

If your colony has rich and fertile soil, then go ahead and grow rice! Rice is one of the best food to grow in RimWorld for colonies that are just starting. One of the most fantastic perks of the rice crop is that it is the fastest-growing crop in Rimworld. Every rice plant has a base maturation time of 3 days or 5.54 days if you account for the nightly resting period. Rice is higher in nutrition as compared to corn and potatoes.

One significant disadvantage that comes with rice is that it is susceptible to soil fertility and the soil condition and temperature affect its growth a lot. However, they will die if grown on soil with less than 100% fertility. Another drawback of rice is that it yields way less as compared to potatoes and corn. It produces very little rice upon harvest, giving you six rice per plant.

Even though it has a low yield, it can be a consistent source of food since it grows so quickly. If you grow rice in a hydroponic system, it’ll result in rapid production. Since it grows rapidly, you’ll require extensive labor work to harvest these crops, and depending on the size of your farm, and it can tie up your grower for a day or two. They’ll have to spend all the day cutting and hauling the rice crops whenever they are ready to harvest.

Even though the amount of nutrition you get isn’t equivalent to the amount of workforce that goes into harvesting rice, this is an excellent crop to grow early in the game or mid-game. However, you cannot grow it in gravel. You can eat Rice raw, but there is a possibility of causing a mood debuff. Therefore, it is better to turn it into pemican or cook it into a meal.

Once you’ve advanced enough in your game, a very suitable food you can grow is corn. It is by far the best food to grow in RimWorld for your colony during the late game. Before growing corn, make sure you’ve settled your base successfully. This includes providing your colonists with their basic needs and strengthening your defense system. Even though you cannot grow corn in a hydroponic basin, it yields the most nutrition upon its harvest. This makes it the best crop. An advantage of corn is that it does not need that rich soil to grow. It can grow in soil with a fertility of 50 percent. However, corn would not grow on gravel properly.

Its biggest drawback is its long growing period, which makes food production very inconsistent. It has the most prolonged growing period and requires 20.86 days to grow. However, the yield per plant is very high, giving you 22 corn per plant. Corn is very suitable if you have fewer growers available. It does not require much farming labor and high maintenance due to its long period of growth. These long cycles of growth also mean that you can lose all of your harvests. This may be due to blight, fire, cold snaps, or other misfortunes. This might be more consequential because you will lose a long-harvested crop.

There is a reason why hay grass didn’t qualify in our list of best crops. This is because it is only edible when turned into kibble, which gives you a mood debuff. It does have a good nutrition output, but your colonists won’t enjoy it. It is only suitable for the animals to eat.

Strawberries can be a good option to farm too. When eaten raw, they don’t give a mood debuff but have a very short nutrition output. They can be useful to provide food for caravans to take on trips. You can grow it when you’re short on cooks. However, it has a very short shelf life as compared to other crops. That is why not making it the best choice.

This has been eXputer’s guide on the best food to grow in RimWorld. We hope you understand now the pros and cons of each food, which will help your RimWorld playthroughs in the future be more manageable and more enjoyable. Good luck! 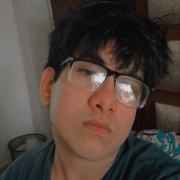 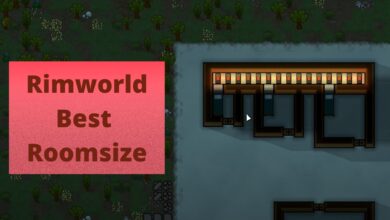 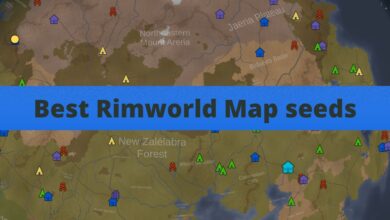 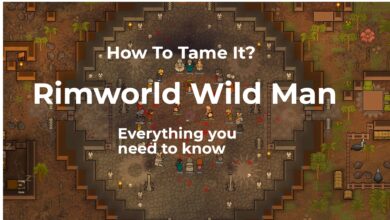 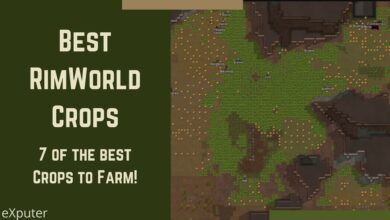 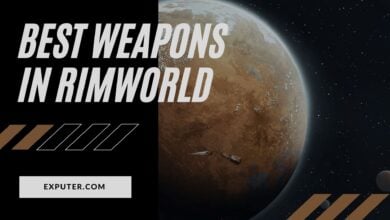 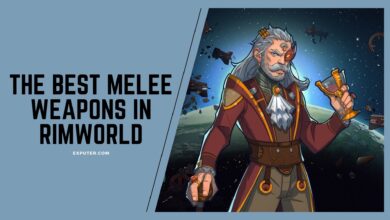