Here you will learn about all the methods of changing the name of the club in FIFA 23. In FIFA 23, players will discover more real sides to the world of football in the side of the game world. Moreover, some advances have been made in the Technology of HyperMotion2 to make the game even more realistic. We have also curated a guide for the beginner’s tips in FIFA 23

The game can be played in several modes such as a single, multiplayer for locals and online, the co-operation of local and online. Moreover, it also has a competitive mode and multiplayer with cross-platform. Have a look at our guide on the fastest players and best dribblers.

There are also some features, such as skipping challenges and mode of training. Also, there are certain levels of difficulty, remapping the buttons, and more. The owners who have the ultimate edition accessed FIFA 23 earlier. Also, have a look at our guide on the highest-rated FIFA 23 Right Backs.

A web of the FUT app can allow the players to get their packs opened and get the building of the squad of their start, and they can also enjoy the entire gameplay by having early access. You can also have a look at our guide on the best central midfielders.

The experience of the FIFA Ultimate Team can be accessed through customizing and personalizing. There are many features added by EA Sports through which players can change the appearance of the stadium.

Several other kits along with badges can be grabbed as well to change the name of the club. The names are also affected by this as the identity of the team is very much dependent on it.

The names of the club that are personalized for the FIFA 23 UT can make the players add uniqueness to the squad. If you are an old player, then the name of the club you had before will be used through the last of FIFA.

But, if you are new to the game, then you will be assigned a club name. Furthermore, you are given the privilege of changing the name of the club three times. However, it was allowed to be changed once for the previous versions of FIFA.

The names of the club in FIFA 23 are different from the names of the squad. You can make several squads, even get them names as you please, and make use of them.

Each club in the game is given one single name through which it can be recognized. Moreover, other teams and opponents can see the names of the club in modes like competitive in FIFA 23 Ultimate Team Champions.

As for changing the name of the club in the game, it has become very easy and more accessible than it ever was. For the previous version of FIFA, you could change the name of your club one time.

This was possible only through having access to the screen of objectives Foundation and finding the location of the “Change Club Name” in the objectives. Once the players were done changing the name, it stayed permanent and was used throughout the game.

However, for FIFA 23, changing the name is an easier task for the players. Following, we have mentioned all the steps for you to follow to change it:

Once it is all done, you have changed the name of the club.

If the players manage to change the name of their club in the game Ultimate Team, they would be given a personal experience. Moreover, the entity of the player’s club would also be different and unique from the other teams.

Also, they would feel much more familiar with their team/squad. If you are a user who has recently returned to the game of FIFA, you can also make use of the feature and change the club’s name according to your choice and make your team new familiar.

There is a section of Foundation of the Objective part of the settings in which the players will be rewarded barely for changing the names of their club. However, the reward is not that attractive, and it would still make the players get into FIFA 23 with much more enthusiasm and fun.

As the years have passed, there are certain names of the club that have become permanent in the game. Some of the names are like puns of famous footballers, as in Pique Blinders and Who Ate All Depays. Other than that, some names are rather generic in FIFA 23 Ultimate Team. For example, Class on Grass and some references from YouTube as Beast FC.

Changing the name of the club can be a fun and rewarding experience both for the players. It makes them play the game as if they are in the real playground and also makes them feel at home with their squad. 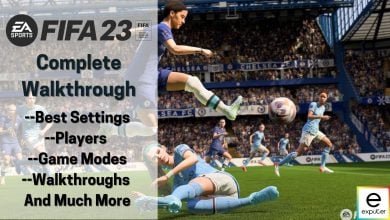 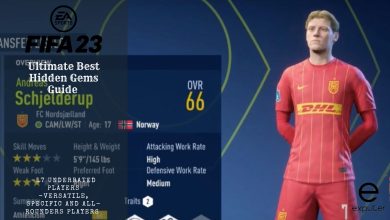 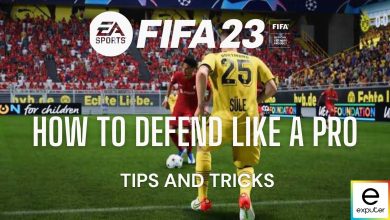 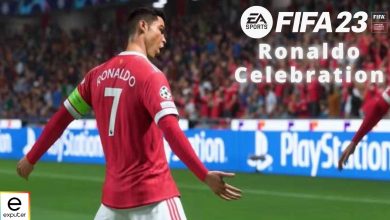 How To Do Ronaldo Celebration In FIFA 23