Clash Royale typically has a 20-win challenge that they introduce to players here and there, and players need to make decks to participate in the challenge, where they aim to climb the ladder to 20 wins to get their hands on handsome rewards. Most players will have difficulties figuring out what kinds of Clash Royale 20 Win Challenge Decks they should invest in, and they will need assistance!

One of the first decks that we would like to talk about will be a deck that players will be able to take benefit from. The main aim of the deck will be to offer the player as much defense as possible since it will have an insanely high defense rating.

Now, other than that, it will also give a pretty good attack rating since the overall attack output of the deck won’t be that bad, and combined with that, the deck selection will also have a pretty good amount of versatility that will be in it, allowing players to figure out what kind of cards might fit best.

However, if there’s one thing to look out for in the deck, it’s that the deck is nowhere near Free-to-play friendly, and this deck won’t be suited for players who aren’t willing to spend a dime in the game. Other than that, here are the cards that players will have in the deck:

The next deck we would like to feature will be called the Trifecta deck for a reason. One of the biggest selling points of the deck will be that it will have a godly defense surrounding it, practically guarding the players through the challenge, and payers will be able to not have to worry about bad defense.

Another selling point of the deck will be that it will have impeccable synergy, meaning that the 8 cards featured in the Clash Royale 20 Win Challenge Decks will have one of the best synergies available.

Apart from that, the cards will be extremely good in terms of versatility. Therefore it will have an insanely high defense, synergy, and versatility rating. The overall attack of the deck will be pretty solid, too. However, the same con that we mentioned in the first deck will also apply here: this deck will not be F2P-friendly.

Another solid deck players might want to try out will contain 8 cards. The deck will mainly focus on the overall versatility of the deck rather than mainly focusing on attack or defense.

Nonetheless, the overall defense of the deck will be pretty solid too. Alongside that, players will be able to take advantage of the godly synergy between the 8 cards. All in all, in all three aspects, the deck balances out pretty well, and players don’t need to worry about the damage output as well since there will be quite a few cards that will provide that too.

Moving on, the next deck that we would like to feature will be an all-rounder. Not only will the card have excellent ratings for its defense, but it will also have excellent versatility. The deck will also be rated pretty high on its defense scalings, making it the perfect trio that a player might need.

Alongside that, the attack isn’t lacking at all, which makes the deck all the more useful for combat and taking on the challenge. However, the F2P score isn’t all that great. Therefore, f2p players might struggle here a bit.

And there we have it! A few decks that players can try out if they’re planning to take part in the 20-win challenge, and with that, we will wrap up our Clash Royale 20 Win Challenge Decks guide! 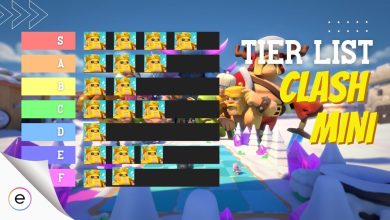 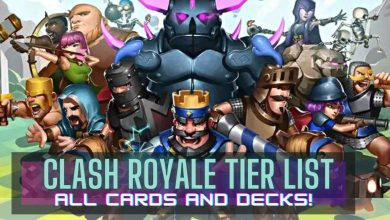 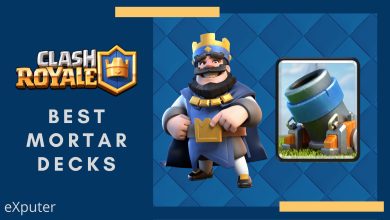 How To Get Trade Tokens In Clash Royale [Explained]