Jackie Welles is an integral part of the main narrative of Cyberpunk 2077, and the character has been featured in a number of different trailers for the game over the past two years.

He’s one of your trusted companions in the game, and he dual-wields two iconic gold plated pistols that players themselves can acquire a bit into the story.

How To Get Jackie Welles Pistol And Bike

Spoilers Down Below (Read At Your Own Risk)

To get these guns, players need to have progressed into the main story until they reach the prologue quest “The Heist,” during which Jackie Welles is killed. Play through this mission normally, but be aware of a special decision towards the very end.

While riding in the Delamain cab that is taking you to meet the fixer Dexter Deshawn, you will be given three different choices about where to send Jackie’s body after you get out. You have to pick the second option: “Take him home, to his family.”

Now continue on with the main story until you finish the prologue, immediately after which you will be contacted via text by Jackie’s mother, who will ask you to give her a call. Do this, and you’ll be given a side-quest named “Heroes.”

Complete this quest, then make your way to the El Coyote Cojo bar in the Heywood district. Wait for the story to play out, and Mama Welles will eventually offer you the keys to Jackie’s unique motorcycle, which will now become yours permanently.

Go outside and skip time at least 24 hours, after which you can head back inside the bar and collect Jackie’s pistols named La Chingona Dorada. They can be found on the alter with come candles and his picture.

The pistols as they are right now are reasonably powerful guns, but they can also be upgraded to increase reload speed and add another mod slot. You can also attach a muzzle and a sight to them. 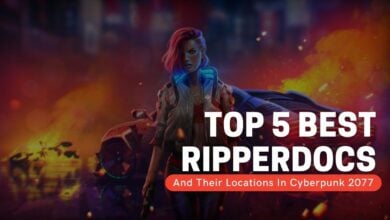