To farm sand, players need to dig at the shore of Dazzle Beach with the use of their shovel. Once they have been to the beach at the well of magic, they can grab whatever spot they want to get the digging started. Moreover, you need to make sure not to stop digging until you can see sand.

The whole process of digging sand can be made easier if the players have someone who has a digging bonus. Due to this, the sand will be increased. 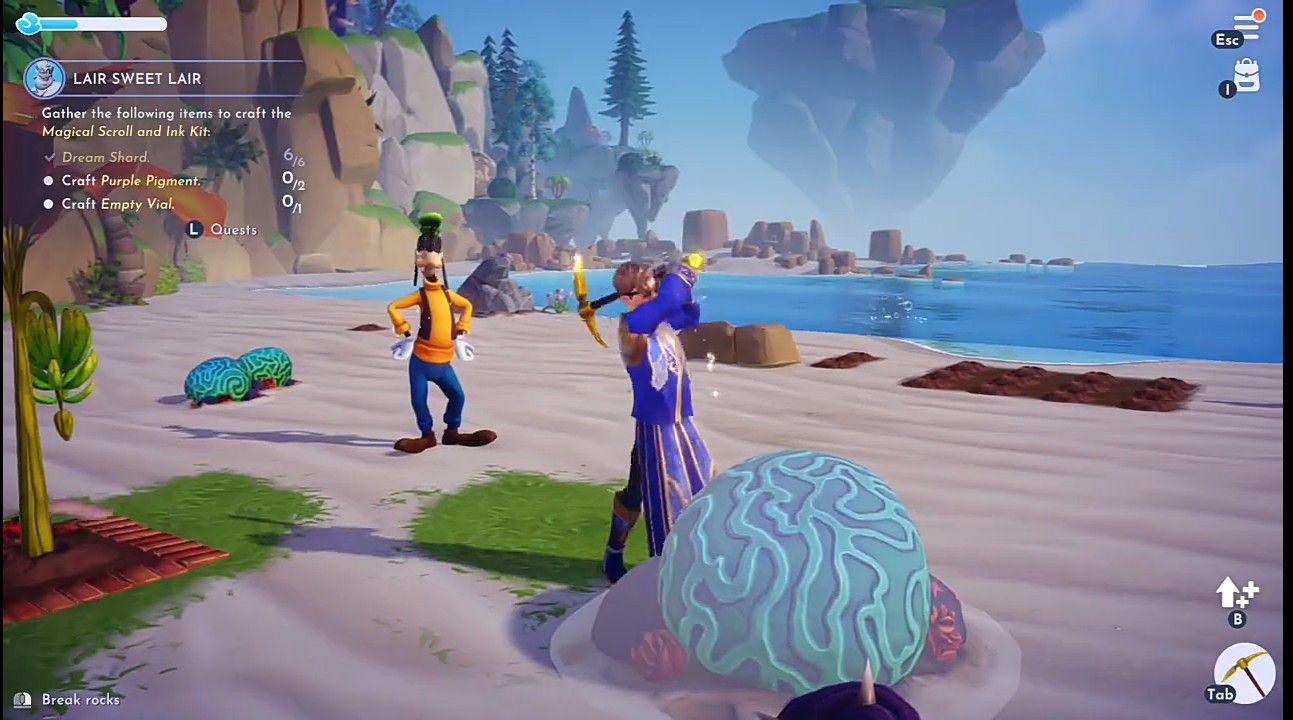 Moreover, the amount of sand obtained is entirely dependent on how lucky you are. Sometimes, players will only get one sand as per their luck. Also, around twenty minutes are spent by the players gathering sand.

However, the time can vary from twenty to ten minutes. Some of the more materials, such as Star Coins, Clams, and Pebbles, can also be found with the help of digging at Dazzle Beach.

You can use sand for several purposes. It is either used for the crafting of Glass at the table of crafting as per the quest of a character. As an example, we will mention the mission given to the players by Ursula.

She needs a Pigment Purple color and an empty Vial. Both of these need glass which sand helps in crafting. For the creation of Glass, players need to obtain sand around five and also a single Ore of Coal.

Furthermore, sand can also be used for the crafting of Furniture. Such as the Garden of Zen and other Torches of the Beach to get the space decorated. As far as the section of Paving and Fence is concerned, players can also get new tiles made to use in the creation of houses in Disney Dreamlight Valley.

Both these require a Path of Natural Rock which can be made with the use of Sand and Pebbles. Other than that, Asphalt is needed, which requires Sand, Pebbles, and also Ore or Coal.

Sand is very important for the player to get some of the very important items crafted in the game. Get to use glass and even create furniture by farming sand at the Beach Of Dazzle.

The Dazzle Beach can be unlocked by using Dreamlight around a thousand. It is very easy to buy and not much expensive either. So make sure to access it and farm many other items such as Sand and even Pebbles.

Dreamlight Valley was once a land of friendship and love for everyone until it got haunted by the magic of darkness. The magic was called The Forgetting. Due to this, all the people of the village had to give up their memories.

As well as that, the famous characters were also deprived of their homes and locked in different areas of the valley. Now as the hero and player of the Disney Dreamlight Valley, it is your responsibility to find out the cure to this magic and free the people. You will be given different missions in the game to solve, in return, for which you will also earn rewards.