In order to bring out the true power of one of the best pieces of gear this game has to offer, players have to get their hands on the precious God of War Dragon Tears. This scarce resource can take quite a while to collect, especially since most of them are not directly tied to the main story.

The equipment we’re talking about here is the Shattered Gauntlet of Ages talisman, and players have to find a total of 5 Dragon Tears to upgrade it fully. For the sake of clarity, we’ll also list the complete requirements below:

This guide will then show you where to find each of these in the game.

Only one of the dragons we’re going to discuss is encountered during the campaign. The other four are entirely optional, and access to them is unlocked gradually throughout the game.

To be even more accurate, players gain access to their respective areas as Jörmungandr keeps moving around and the Lake of Nine drops’ water level.

Hræzlyr is the first dragon you will come across while exploring the Mountain, and he is the only unavoidable one on this list. He is also the only one you have to fight.

As Kratos and Atreus are riding the extremely long elevator up to the region’s summit, this dragon will halt their progress and pull them into a two-stage boss fight. The first of these is short and sudden, but it leads into a sequence of events that evolve into the proper battle.

Once the dragon is dead, the dwarf Sindri will ask you to get him one of its teeth. When you pull this out, a God of War Dragon Tear will be added to your inventory.

Dagsetr is encountered pretty late in the game, and the circumstances involving him are subject to spoilers. So read ahead at your discretion.

After Baldur abducts Atreus, an extended fight sequence plays out on top of the flying dragon. This ends with the creature’s wings getting injured, and it falls to the ground and dies. Now when players return to the lake, they can see Dagsetr’s corpse in the northwest of the Temple of Týr.

Use your boat to sail to where the body is found, and search the tiny dirt patch next to the face to find a God of War Dragon Tear.

The first optional dragon is known as Otr, which is found in a region known as Veithurgard. He can be accessed as soon as players kill Hræzlyr, but that doesn’t mean that you’ll be powerful enough actually to survive in this area.

Give yourself some time to craft better gear and acquire some necessary abilities like the Shock Arrows, then head over to the large golden gates to the east of the Temple of Týr. You’ll have to dock on a small beach in front of these first in order to solve a platforming puzzle and then pull the chains keeping them closed.

Once inside, the dragon will begin raining down lightning on you. Players cannot directly engage the creature; they instead have to locate and destroy three different Dragon Shrines scattered around the location.

Now players can interact with the Anchor holding the dragon in place to free him. This will automatically give you the next God of War Dragon Tear.

This dragon is accessible as soon as the Lake of Nine’s water level drops for the second time, giving players access to the Council of Valkyries area.

After this happens, head towards the men’s giant statues on boats and dock on the beach to their right. Now you’ll have to use those Shock Arrows to open up the path up the ledge.

Keep climbing until you find a wooden door built into the rock wall, and open it up to find the next dragon right in front of you.

Exactly like before, you have to find and destroy the three Dragon Shrines in the location.

Once again, Interact with the Anchor to free the dragon and receive your second optional God of War Dragon Tear.

The final dragon Reginn can be found in the region of Konunsgard, but this is only accessible after players unlock the ‘Hail to the King’s favor. To do this, you first have to finish each one of Brok and Sindri’s other favors.

Once this has started, a quest marker will lead you into the region via the King’s Hollow gateway. The area inside is large and full of enemies, but you can easily fight your way to the dragon in the distance if you’ve adequately prepared.

Head back to the Anchor near the dragon and interact with it to receive your final God of War Dragon Tear.

This has been Exputer’s God of War Dragon Tear Guide. 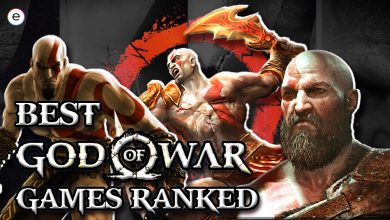 All God Of War Games Ranked 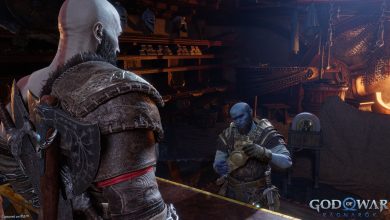 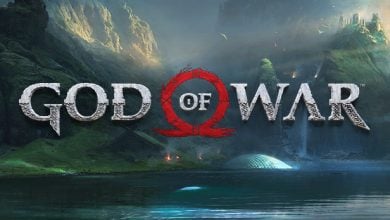 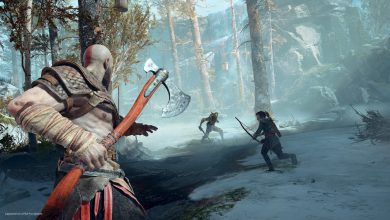