Picking out the Resident Evil Village best weapons is no easy task, especially considering the amount of guns in this game. The options at display here all but ensure that different players will have different opinions about what they prefer to take into combat.

So this article is not about the objectively best weapons in the game. It is about what we here at eXputer consider to be the best. Here we will discuss all of the guns that served us the best in our playthroughs.

That being said, let’s jump into this Resident Evil Village best weapons guide.

There are well over 20 different weapons that players can acquire in Resident Evil Village. A few of these are truly unique, while others are simply variations of the same basic type.

Additionally, a number of these weapons are only available after you beat the game at least once. After this point, three new sources of items are made available to the player.

I hope that this clarifies what players have to accomplish before unlocking certain weapons in the guide. Now with that out of the way, let’s jump into the Resident Evil Village best weapons list below.

You might also require some extra money for purchasing or upgrading the guns on this list, so check out our Resident Evil Village Well Wheel Guide for some help with that.

The M1911 is the second pistol that players acquire in the game. They can find this in the Village Workshop area alongside the Jack Handle key item. Both of these are locked inside a chest with a padlock. The combination for this lock is 070408.

As far as performance goes, the M1911 functions as a standard handgun in all regards. Both the damage output and rate of fire are much better than the LEMI starting pistol, but that comes at the cost of reduced ammo capacity. This gun can only hold 7 bullets at a time, which is not great considering how often you get swarmed by enemies.

We suggest that you upgrade this gun as soon as possible, because it will probably be your go-to handgun for the rest of the game. Since handgun ammo is the most plentiful on the map, you should make sure that your standard weapon is powerful enough for most situations.

The W870 TAC is going to be the second shotgun players find in the game. It can be found after leaving House Beneviento and searching a small cluster of houses in the vicinity. These are the buildings that were inaccessible previously due to vines growing on them.

Almost immediately, you will notice that the W870 TAC is considerably more powerful than the initial M1897 shotgun. The rate of fire and reload speed are also a bit better, but the W870 TAC also holds one less shell in it’s chamber. In my mind, that tradeoff is more than worth it for the increase in damage. Going forward it should also become you go-to shotgun until you reach the end game.

Like all pump-action shotguns, the W870 TAC is best used in extremely close-quarters combat. Wait for your enemies to get as close to you as possible and then unload a shell into them before they can touch you. Additionally, consider investing some money at The Duke to upgrade the weapon’s stats. You really should increase it’s ammo capacity for some of the more tougher encounters.

Our one and only melee weapon in the Resident Evil Village Best Weapons guide is the Karambit Knife. This is a weapon that is only available during a particular section of the story, but after that it can be bought at the Extra Content Shop for 10,000 Completion Points after beating the game.

In all regards, this weapon functions identically to the default Knife given to the player. It’s slightly more stylized and looks really nice, but apart from that don’t expect anything particularly too wild.

What the Karambit Knife does have is a unique set of attack animations. It also deals significantly more damage to regular mob enemies than the basic knife. You can take down lycans in around 2-3 hits each. It’s a really great weapon to have around for situations where you run out of ammo and have to resort to melee.

As the only sniper rifle in the entire game, the F2 Rifle is an invaluable addition to any arsenal. It can be found in a room directly after the Attic section at Castle Dimitrescu, propped up on a chair next to a suit of armor. It’s extremely hard to miss this weapon.

While it’s base stats might not seem all that impressive compared to some other weapons in the game, the F2 Rifle truly shines from a distance. Being able to take out enemies without them ever noticing you is a godsend in a game like this. You can take your time to line up headshots and kill them before they ever get a chance to attack you. This can prevent players from losing a lot of heath, especially during some of the harder difficulties.

And even if you have to use this gun from close range, the F2 Rifle is a surprisingly effective close range weapon as well. It’s certainly not meant to be used like this, but I’m glad that it can. Taking the time to find some of this weapon’s custom parts and upgrading it at The Duke for increased damage and ammo capacity will really benefit players in subsequent playthroughs,

The GM 79 Grenade Launcher is another unique weapon on this Resident Evil Village Best Weapons guide. You can get it by heading to a small locked building with a waterwheel in the north of the East Old Town area. The entrance is locked, and can only be unlocked with the Iron Insignia Key.

This weapon can use both Explosive and Flashbang rounds depending on the situation. The explosive rounds deal massive damage in a large area of effect, allowing you to completely take out or severely injure multiple enemies with a single shot. Flashbang rounds on the other hand allow you to stun a great number of enemies, allowing for an easy escape from tricky situations. The player is immune to the effects of both of these ammo types.

Unlike most other weapons in the game, the GM 79 Grenade Launcher cannot be upgraded at all. There are no custom parts available for it and even The Duke cannot level it up. It makes sense though because this weapon is already extremely powerful and leveling it up would simply break the game.

Our first assault rifle on the list is the Dragoon. It is an extremely powerful weapon that is only usable during a certain section of the main campaign, after which it becomes unavailable once again. But if the players finish the story once and unlock the Extra Content Shop, it can be purchased for 30,000 Completion Points. Any subsequent playthroughs will now have this unlocked.

On regular difficulties, this weapon is an absolute beast that let’s you mow down enemies effortlessly. With this equipped, there shouldn’t be any boss that cannot be bought down easily. It also helps that the gun looks and feels really cool as well.

The problem however is that the Dragoon has no custom parts and it cannot be upgraded at The Duke. So while it’s really effective at normal difficulties, those looking to play through more challenging modes will have a really bad time. So if you’re one of these people, I suggest that you ignore this gun in favor of something upgradeable.

Hands down, the M1851 Wolfsbane is the single most powerful handgun in the entire game in terms of raw stopping power. To get it, players first have to defeat Salvatore Moreau and then leave the Reservoir to find some abandoned houses nearby. The gun is in the house with the locked doors. It can be accessed by a hole at the back of the building.

As any Resident Evil veteran will know, magnums are extremely powerful guns that can one-shot most regular enemies in the game. To balance out these weapons, the amount of ammo you can find for them is extremely limited. Players have to think really hard about when they want to use them.

Upgrading the M1851 Wolfsbane at The Duke increases it’s power, rate of fire and reload speed, but the ammo capacity stays the same throughout. The only way to increase this a bit is by finding and installing the Increased Capacity Cylinder.

As far as shotguns go, you cannot do better than the SYG-12. This is an end-game weapon that can be bought from The Duke after you reach Heisenberg’s Factory.

Unlike the pump-action shotguns in the game, this variation is automatic and it deals a tremendous amount of damage even before being upgraded. It also has a fantastic starting ammo capacity and rate of fire. The only downside is the increased reload speed, but even that is worth it for the pure carnage that this weapon is capable of otherwise.

It costs a significant amount of money to upgrade the SYG-12, but it it absolutely worth it. Because starting from the point where it becomes available to you, the game throws a number of extremely combat heavy encounters your way. You’ll be glad to have this shotgun at your side.

The second assault rifle in this Resident Evil Village Best Weapons guide is the WCX. It can be unlocked for use in the campaign by purchasing it in the Extra Content Shop for 30,000 Completion Points after beating the story at least once.

It’s obvious from first glance that this weapon is worse at the start than the Dragoon is. Every single one of it’s stats is lower and it doesn’t even visually look as cool. It can be incredibly tempting to pass over this weapon for the alternative.

But unlike the Dragoon rifle, the WCX can actually be upgraded. It will take an incredible amount of money to actually do this, but the ends justify the grinding. On top of this, the weapon also has custom parts that can further upgrade it’s usefulness and even give it a new scope. If I had to choose, I would personally go for the WCX over the Dragoon every time due to it’s scaling.

Our second magnum on the list is the S.T.A.K.E. Players can only get this after beating the campaign and starting a New Game+, at which point The Duke will sell it when you met him before entering Castle Dimitrescu.

Compared to the M1851 Wolfsbane, the S.T.A.K.E. does not do nearly as much damage. In fact it takes around three upgrades before it even surpasses the base damage of the other magnum. At first glance, it seems fairly obvious which weapon is the superior among the two.

But unlike the M1851 Wolfsbane, which cannot hold more than 7 bullets at a time, the S.T.A.K.E. is able to hold a whopping 28 rounds when fully upgraded. Additionally, at the max level, it also has increased reload speed, rate of fire, and the differences between the power values don’t seem so stark anymore. I don’t know about you, but in tough situations, I always prefer to have speed on my side than pure power.

This has been eXputer’s Resident Evil Village Best Weapons Guide. While you’re here, why not check out some of our other articles like the Risk of Rain 2 Item Tier List.

VR Support Could Be Headed To Resident Evil Village On PC 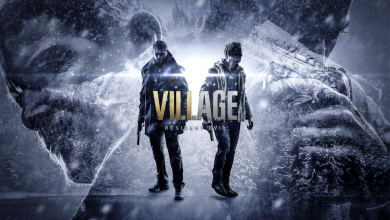