One of the main issues fans like myself had with State of Decay 2 upon release was that the game was a bit too similar to its predecessor in terms of both presentation and gameplay. It was a visually superior version of the first game, with minimal new features and the same repetitive structure. It carried forward several features that people liked from the first game, but it also brought along many problems. But that’s where State of Decay 2 mods come in handy.

Best Mods For State of Decay 2

State of Decay 2 barely took any risks, and it was a less enjoyable game because of it. But now that the game has been out for over two years, the fans have been making mods for it themselves that change up the gameplay in some exciting ways.

So this guide is intended to highlight some of the best mods for State of Decay 2.

Better Farms And Gardens By Gift2

As already established, State of Decay 2 can tend to be an incredibly repetitive game. When players develop home bases, they continuously have to go scavenging outside for essential resources like food and medicine.

And while there is some sense of satisfaction to be gained from feeding and caring for your community, the rate at which these items are depleted is plain ridiculous. It’s not fun when you need to bring back multiple rucksacks of food every few hours.

So to counteract this problem, we have the ‘Better Farms And Gardens’ mod. This is nothing particularly groundbreaking or unique, but it is a massive quality of life improvement that takes away a lot of the tediousness of scavenging.

With this mod active, food and medicine from facilities like Farms, Gardens, and Hydroponics are increased. The amount is not so significant that you can step away from scavenging for these resources forever, but it is enough that you don’t need to worry about them all the time.

You can take your time exploring the world now and maybe focus on other activities like clearing Infestations or Plague Hearts.

The Better Farms And Gardens mod can be found here.

Early in the game, zombies can pose a real challenge to the players, especially if they decide to take on more than a few at a time. But by the time you put in a few hours and upgrade your equipment, you’ll be able to handle yourself pretty well.

A step up in difficulty from these standard zombies is supposed to be a powerful Horde, but even these are mere child’s play if you’re appropriately equipped or have a companion or two at your side. They pose little to no threat to a player who knows what they’re doing, and they can be eradicated if someone drives a car through them.

The point is that zombie Hordes are not a real danger in State of Decay 2. If anything, they’re annoying obstacles that you can quickly steamroll through in a moment. So if you’re seeking a real challenge, look no further than the ‘Hordes R Hordier’ mod.

This multiplies the Hordes’ size in the game by three, increasing the number of zombies that comprise them and making them deadlier. Now, whenever you learn that there is a horde in the vicinity of your base, you have to be on your toes in case it decides to attack.

You can no longer ram your vehicles through them to instantly get rid of them, but instead, you need to prepare by crafting crowd-control weapons like bombs properly.

Additionally, this mod also increases the size of Infestations in the game by the same amount, making them more of a challenge than usual.

If you’re interested in the Hordes R Hordier mod, you can find it here.

The State of Decay games have never been particularly good at making use of inventory space, especially when it comes to vehicles. You’re often limited to a few slots of storage, each of which can be occupied by even the smallest and lightest of items.

For example, how does it make sense that the six inventory slots on a Jeep can be taken up by empty backpacks and a few clothing items? That doesn’t seem reasonable, and this has created situations where players have had to leave behind essential resources because they’ve had to prioritize between one item or the other.

That’s where the ‘Better Vehicle Storage’ mod comes into play, by allowing you to use vehicles like pickup trucks and SUVs to their fullest extent.

With this mod active, players can easily load three to four times more loot into their vehicles. It doesn’t break the gameplay loop in any way either, it simply makes the entire process feel a bit more natural and realistic. And since different vehicles have different sizes, the mod scales the inventory space according to their proportions.

This is great because it ensures that you can go out on scavenging trips and fully load up your cars with 14 to 15 rucksacks at a time, which is a massive amount of resources in the game. Without this mod active, it would take you at least three trips to bring back this many goods.

One of the most annoying things about State of Decay 2 are the absolutely absurd requirements needed to occupy new bases and outposts. Influence is the main currency in the game, and it is given out so sparsely that it can take hours upon hours to earn the needed amount.

The grind can be so intense that it makes players not want to explore the map and try living in different locations. It almost feels like the game incentivizes jumping from the starter base directly into the biggest end-game homesites while not taking the time to grow your community steadily.

So this is where the reasonably straightforward ‘Reduced Requirements For Home Sites’ is beneficial.

This mod slashes the cost of all bases in the game by half, making them much more affordable and cutting down on grinding hours. It also makes it, so you require fewer Survivors in your community since this is also a requirement.

For reference, it costs 3500 Influence and 8 Survivors to move into the largest home sites in the game. But with the mod active, you only need 1750 influence and 4 Survivors.

Check out the Reduced Requirements For Home Sites mod here.

The Walking Dead Mod By Neru

State of Decay 2 slightly diverts from the zombie apocalypse’s norms by tackling the end of the world in its particular way. The undead is more aggressive, there are a few noteworthy variations of zombies globally, and the virus is not easily caught because of a single scratch or bite.

But if there are some fans who’re looking for a more traditional zombie experience, then ‘The Walking Dead’ State of Decay 2 mod was made for them.

The mod gets rid of all the Freaks in the game like Juggernauts, Screamers, and Ferals, while also turning all the normal undead into lethal plague zombies. It also removes the plague cure from the game and all methods of healing plague damage. And finally, it removes the ability of the zombies to run. They are now as slow-moving as every other undead in popular media.

This is used together with the Lethal difficulty in the game, making the experience much more challenging. Resources are challenging to find; almost no high-end weapons exist on the map, cars are always damaged by default, and the enemies inflict much more damage than usual.

So the result is a much more challenging game mode that also plays like a more traditional undead apocalypse scenario. This is also a unique entry on this list of the best State of Decay 2 mods.

The link to The Walking Dead Mod can be found on the creators personal YouTube channel here.

This has been our guide on the best State of Decay 2 mods. If you’re a fan of this game, you might find something new and exciting to try here. 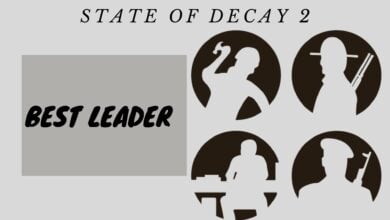 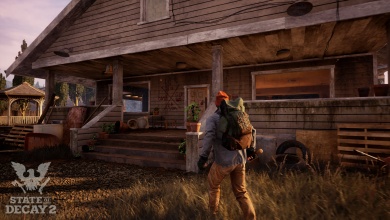 The Best Traits In State of Decay 2