Xenoblade Chronicles 3 was released a few days ago, and it is absolutely amazing. It allows players to explore a beautiful world filled with multiple places for you to explore. If you still haven’t gotten the game, it is important to learn about its different editions. Today, in our guide, we are going to make a comparison between different Xenoblade Chronicles 3 editions.

Since the game’s announcement, fans have been eagerly waiting to get their hands on it. While those who were interested in getting the Standard Edition went through zero problems, Special Edition fans were left disappointed. We’ll talk more about it later in our guide. For now, let’s take a good look at what both editions feature.

The Standard Edition of the game only features the base game and nothing else. Nintendo has not included any special stuff with it, and this was already expected. However, if you purchase the game in the UK from My Nintendo Store, you will receive a free A4 Notebook with the Standard Version.

Furthermore, The Game Collection, My Nintendo Store, and Game are also offering a free postcard set with the purchase of the Standard Edition. The offer is also limited to the UK. As for those living in the US, there are no special offers for you.

Those living in the US can purchase the Standard Edition for $59.99 from almost every major retailer, such as Amazon, Best Buy, Game Stop, Target, and Walmart. However, in the UK, the game is available at different rates. For instance, Amazon UK is selling it for £44.99, while My Nintendo Store has it for £49.99.

But the cheapest one is available at Currys, as you can use the code “SWFNDD” at checkout to grab it for £39.99. Argos and ShopTo are also selling it for the same price, but you will need first to check if they have it in stock or not. This is one of the two Xenoblade Chronicles 3 editions, and we’ll talk about the second one next.

Xenoblade Chronicles 3 Special Edition is where things get interesting. This is also known as Xenoblade Chronicles Collector’s Edition. It includes the base game, a steel bookcase, and a softcover concept art book that has more than 250 pages. Furthermore, the artwork of the Special’s Edition main cover is by Masatsugu Saito.

Unfortunately, the Special Edition of Xenoblade Chronicles 3 does not feature the expansion pass. If you are interested in getting it, you will need to purchase it separately for $30. The expansion pass is worth getting if you want to explore the story further and get some extra in-game content.

The content featured through the expansion pass will be released in four stages, with the final content arriving at the end of 2023.

Now, the Special Edition was available for pre-order in the US, but it is now sold out. Furthermore, it was only being sold by My Nintendo Store for $89, and every user was allowed to purchase only two Special Editions.

As scalpers knew that the demand for the Special/Collector’s Edition of Xenoblade Chronicles 3 was going to be high, they were quick to grab a bunch of them. At the moment, it is now being sold on eBay for around $250 to $300. You can either buy it from eBay for such a high price or wait for Nintendo to get it back in stock again.

In the UK, however, Nintendo decided that they won’t be selling the Collector’s Edition at launch. Instead, they are planning to launch it in UK and EU sometime in September. But they have confirmed that they will launch it at a reduced price.

Are There Any Other Xenoblade Chronicles 3 Editions Available?

Other than the Standard Edition and Special Edition, Nintendo has not introduced any other Xenoblade Chronicles 3 editions. Fans were expecting to see at least three different editions, with one featuring the expansion pass. Nintendo has not announced any plans to launch a new edition any time soon, so we will need to wait and see what the future has in store for us.

Is The Special Edition Worth Buying?

If you are a big fan of the Xenoblade Chronicles series, the Special Edition is worth buying. The steel bookcase for the Switch game card and the concept art book are worth getting if you already have been collecting stuff from the previous games.

However, for those looking to get some extra in-game content, there is no need to get the Special Edition. Instead, you should just get the Standard Edition and purchase the expansion pass.

This was everything you needed to know about Xenoblade Chronicles 3 editions. As you can see, the Special/Collector’s Edition has a couple of things that you can add to your collection, while the Standard Version comes with only the base game.

However, the Special Editon is pretty difficult to get in the US at the moment, while UK and EU players will need to wait until September to get it. When that happens, you will need to be quick as scalpers will have their eyes on it. 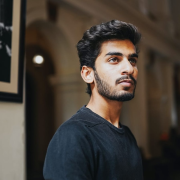 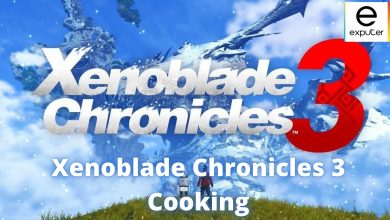 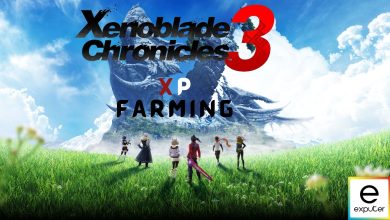