During a recent YouTube live stream on December 11, one of the most popular streamers, DrDisrespect, predicted that Portugal will win the 2022 FIFA World Cup.

In the live stream, Dr. Disrespect watched Croatia defeat Brazil in the World Cup 2022, and revealed his prediction for the final.

Dr. Disrespect claimed that if this occurs, it’s bad news for Lionel Messi.

DrDisrespect predicted the World Cup 2022 final after watching Croatia defeat Brazil live on stream. He added that it’s not looking good for Lionel Messi if this happens.

Those keeping up with the daily action in Qatar will be aware of Messi’s performances so far during the tournament.

With a bit of luck against Mexico, the 35-year-old got Argentina out of the group. Then, in the final rounds, he scored against Australia and the Netherlands, while his long-time opponent Cristiano Ronaldo sat on the bench for Portugal.

Ronaldo has made waves across the world following a spectacular interview with Piers Morgan in which he criticizes Manchester United and declares his goal to win the biggest prize in international football in Qatar.

However, according to DrDisrespect, it is possible for Portugal to win and take the trophy home.

In November, Piers Morgan was asked about the same plot in a LIVE: Pier Morgan Uncensored live stream, and Cristiano confessed that if it were to happen, he intended to retire.

However, Portugal has already qualified for the quarter-finals, where they will be facing Morocco on December 10. If they survive, they will face the winner of France vs. England.

Thus, it remains to be seen whether the tournament will end in this manner, but millions of fans will tune in to see if DrDisrespect’s prediction is correct.

What are your thoughts on this? Who do you think will win? Do let us know in the comments below. 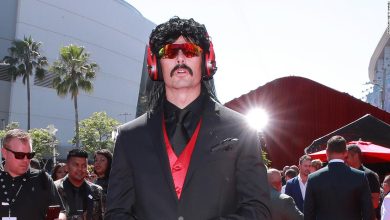