Jidon Adams, a former Uber Eats driver, now a YouTube star with over 6 million followers, has a successful channel named JiDion, averaging around 4 million views per video. His content revolves around silly pranks and comedic videos. However, this success followed a rather controversial start to his YouTube career.

Adams got banned on Twitch following his controversy with Pokimane, who accused him of misogyny. After a huge backlash, both creators met and resolved their issue.

Adams then moved to YouTube and created a fast-growing channel in recent months despite his feuds and controversies.

According to Sportskeeda, Adams began streaming on Twitch regularly in August 2021 and rapidly built up a following of over 300,000 people. Unfortunately, he got a 14-day suspension in January 2022 due to violating the “Terms of Service.”

On Jan 12, popular Twitch streamer Pokimane received an inundation of negative comments on her live stream, which came from Adams viewers.

He reasoned that he was frustrated about streamers watching TV shows on live streams. On Jan 14, Poki called out misogyny on the platform, tweeting that it has become “normalized” for women to receive hate. Several other Twitch creators, including Valkyrae, Toast, and Myth, tweeted in support of Poki.

Following this, Adams got perma-banned on Twitch. This is what he had to say about it.

Twitch’s most followed creator, Ninja, discussed the ongoing drama between Poki and Adams in one of his streams. The content is no longer available, but Poki uploaded segments of it in a YouTube video.

On Jan 18, Adams posted a video titled “Dear Pokie,” apologizing to the streamer. In that video, he stated:

“I apologize, for you know, the Twitch stuff. I apologize for the Twitter stuff especially. I was wildin’ on Twitter”.

He urged his followers to stop the hate wagon on her live streams, which led to a meet-up, where they resolved the issue in this YouTube Video.

Adam never got unbanned on Twitch, so he started uploading on his YouTube channel. He became one of the fastest-growing channels in recent months, according to analytics on SocialBlade.

Despite his past reputation, Adam has developed good relations with British creators, even collaborating with YouTube sensations such as the Sidemen and Beta Squad. Adams keeps his comedic and prank-style content up, with his most recent uploads being: “Karen falsely accused me!” and “They kicked us out for this!.”

The whole sequence of events is rather controversial, but all that ends well. What do you think about this whole drama? Let us know in the comments. 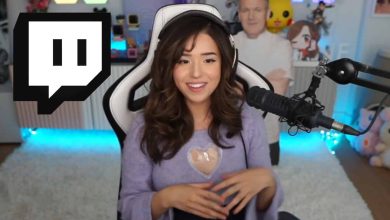 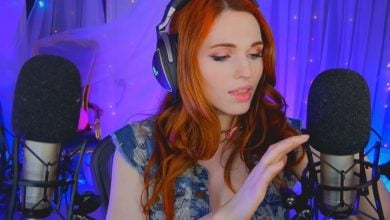