To say game developers and studios are always up to newer innovations would be just stating the obvious, but Activision filing a peculiar patent gives off vibes we’re surely unfamiliar with. The trademark has been titled, “Systems and Methods for Remastering a Game Space While Maintaining the Underlying Game Simulation.”

While the headline doesn’t sum things up for the average reader, the description does a better job at it. Right under the abstract section, an explanation of this patent is provided which reads, “The present specification generally relates to multiplayer gaming. More particularly, the present specification relates to the overlay of two-dimensional (2D) game space with three-dimensional (3D) visuals, while the original 2D game engine or simulation is used to run the game.”

In layman’s terms, what this patent is supposed to hint at is something truly remarkable at first glance. A game comprising 2D gameplay would be reverse-engineered to incorporate 3D elements and visuals, bringing forth a hybrid-type result. This would subsequently result in having the best of both worlds.

A live example of such a game would help clear up this technology much better. Some IPs, for example, the upcoming Diablo 2: Resurrected, give you the freedom of choice in switching between the classic 2D-style gameplay and remastered visuals.

What do you think of this patent? Let us know your thoughts down in the comments section. 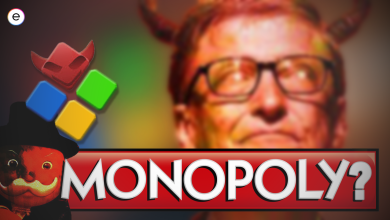