Details about The Elder Scrolls Online: Necrom have been leaked. Information regarding the upcoming expansion was uncovered through datamining once the maintenance patch dropped yesterday, as revealed by a Reddit user.

The Elder Scrolls Online: Necrom is set to feature the Necrom city on the Telvanni Peninsula. Hermaeus Mora and his domain of Apocrypha will also play a big role in the upcoming expansion.

Other than that, the new expansion will introduce the “Arcanist” class, which allows the player to harness the forbidden knowledge of Hermaeus Mora and be strengthened by the secrets of Apocrypha.

The new expansion will also bring two new companions. One Arcanist-class Redguard and one Argonian Warden will join the player in their adventures.

The Reddit user, u/Seraphayel, IGN accidentally leaked the name and cover art of the upcoming The Elder Scrolls Online expansion. The cover art was quickly removed, but the Reddit user managed to take a screenshot.

The world of The Elder Scrolls Online continues to grow every year. This year we’ll get Necrom City from the Telvanni Peninsula, along with more interactions with the Daedric Prince of Knowledge, Hermaeus Mora.

Hermaeus Mora is a recurring antagonist in the Elder Scrolls franchise. The Daedric Prince also appeared in The Elder Scrolls V: Skyrim‘s main storyline and played a significant role in the Dragonborn DLC.

The Daedric Prince maintains the realm of Apocrypha inside Oblivion, where all forbidden knowledge is stored. He appears as a mass of tentacles inspired by the works of H.P. Lovecraft.

The official release date of the upcoming expansion has not been announced yet, but it will likely be announced soon. 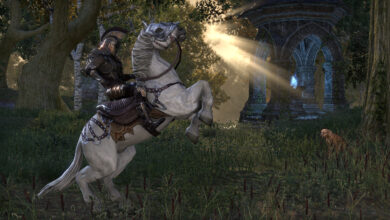 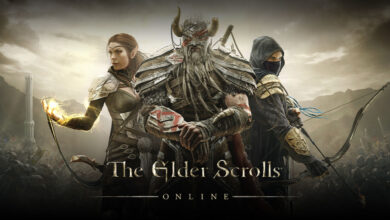 Zenimax Silently Expanded Its Studios To Montreal For Future Projects