The Devil May Cry series is an epitome of style and substance, and the latest installment of the game is no exception. Devil May Cry 5 features Nero, Dante, and one more special character called “V.” What’s interesting is that an action figure for the latter is about to drop in 2022, and oh boy isn’t it beautiful.

All the pleasure is rightfully Prime 1 Studio’s – a Japanese manufacturer that is a license-holder for popular collectibles from around the world, featuring the likes of Freeza, Wonder Woman, and Dante. Now, it has even produced a figure for “V” and fans across the spectrum are all awe-struck.

The figure is set to boast a photo-realistic face alongside stellar build quality with carefully etched 3D structures. The standard of this collectible, is perhaps, why it’s priced very high, about 123,900 Japanese Yens which convert to 1200 US Dollars.

Two versions of V are promised – one is a novel EX version that comes with a “Purple Orb” display model, an element of the game that’s used to replenish the magic power gauge. This variant is also priced above the base one, about 128,900 Japanese Yens. On the other hand, we have the base version that does not include the Purple Orb.

In both models, there’s also a built-in LED for lighting functions that add more realism to this shiny action figure. Prime 1 Studio has begun taking pre-orders, but the release is scheduled somewhere between January to April 2022.

Are you all about collecting pricey figures as a hobby? Let us know your thoughts on this in the comments below. 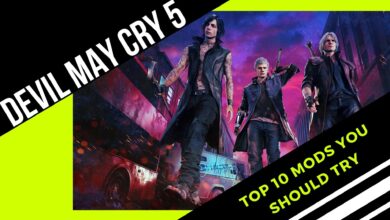 Devil May Cry 5 Mods – 10 Best Mods You Should Try 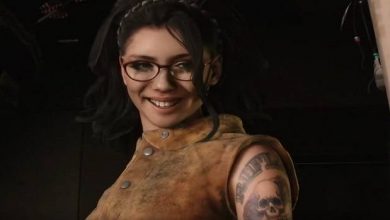 Devil May Cry 5: Nico Will Be A Fan Favorite Character