Racing games have been an essential niche of gaming for the longest time now. The genre has introduced so many people to the medium of gaming and made them lifelong fans. Probably every gamer has a fond memory of playing a couch racing game, like Blur, with their friends.

Electric Square is the sibling studio of Studio Gobo and has worked with many big publishers. Battlefield 2042, Miami Street, and the upcoming Assassins Creed VR are just some of its notable credits. Now, the studio may be working on an unannounced new racing game, according to a few job listings.

According to recent job listings found by TopTierList, a free-to-play AAA racing title is in development from Electric Square and it will be a multiplayer one. The job listings suggest that the game will launch on both console and mobile platforms, and it will also be no small title as the game is supposed to be from a major IP.

First up, a job listing for the Producer position gives us some interesting information about the project. The listing goes on to say, “We now have an opportunity for a Producer to join our new team, working on an exciting AAA console product based on a globally-recognized IP for a major publisher.” So, this title is definitely coming to consoles, and it’s clear from the description.

It also says, “good knowledge of multi-platform video games and the entertainment software industry,” so it might be multi-platform. We have no idea who the major publisher is or what IP this is which will be globally popular. But, the description certainly has us excited for the game even from this small glimpse. 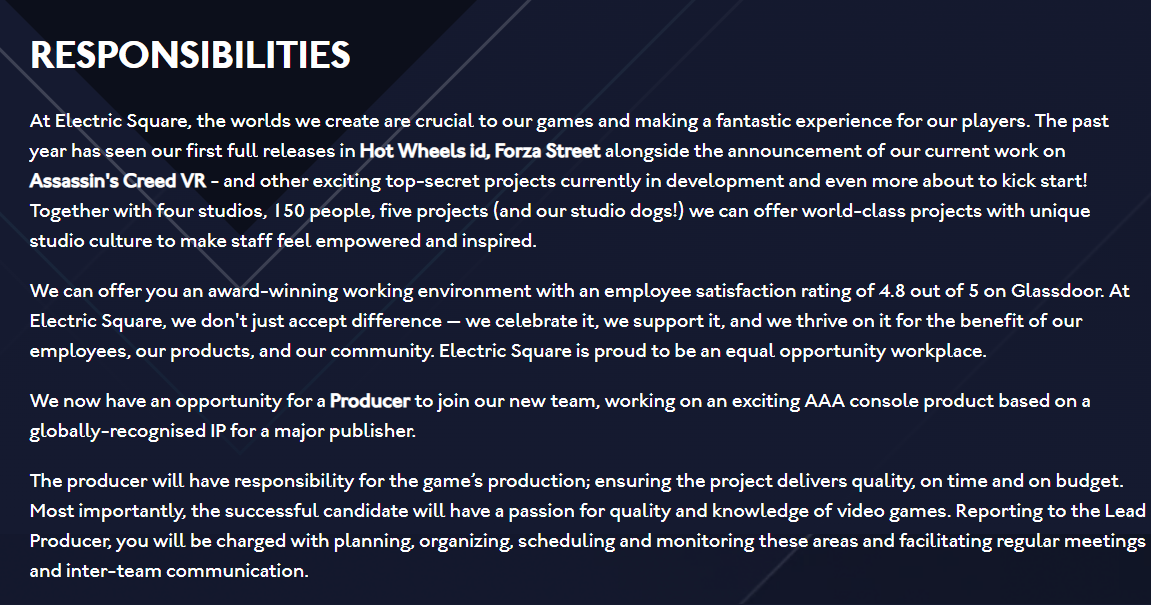 One other part of the job listing goes on to say, “team management/coordination experience and experience of managing or coordinating F2P mobile projects.” Hence, this confirms that the project may release on mobile, too, and could be a free-to-play title. With the success that free-to-play games have had in the recent past, this decision really makes sense. 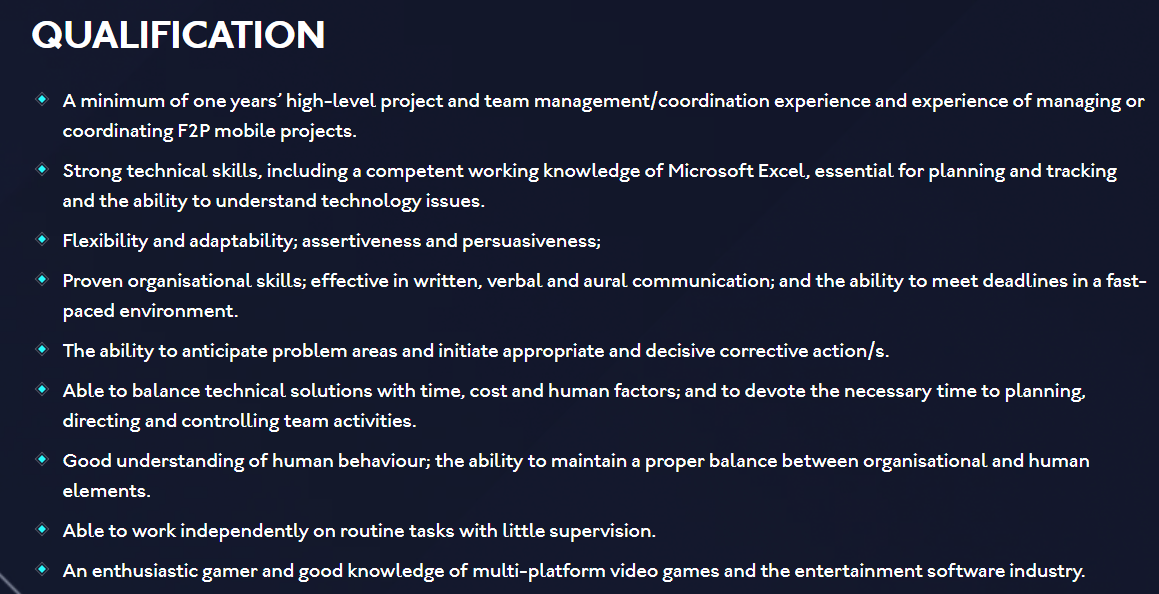 Another qualification the employee should have is for “Live Operations.” This tells us that the game is going to have a co-op feature and will be a multiplayer title. Electric Square also put up a job listing for a Track Designer which says, “A Track Designer at Electric Square should have a creative imagination and a passion to design ground-breaking tracks for our new and exciting AAA console project.”

If this is not evidenced enough for it being a racing game, another qualification shows that it indeed is one. “3+ years of experience on previous racing game development teams,” is a necessary qualification for the job. The job also requires a “high level of expertise and knowledge in motorsport and racing principles,” so it is definitely a racing game.

Finally, another job listing for the studio whose details confirm that it is for the racing game is for the position of Handling Designer and one specification clearly mentions “experience with multiplayer games.” Another line says, “understanding of AI drivers and how they interface with the handling model.”

This indicated that this game will have some single-player elements to it. “Understanding of AI drivers” is also a requirement, so maybe there will be a playable campaign which will be a really neat addition. At this time, this is all we know about this racing game project.

Some aspects, like the globally recognizable IP and multiplayer, have us hyped. Unfortunately, there’s not much to go on about this unannounced project besides this at the moment. Hopefully, we hear something official soon from Electric Square, as the title is really exciting.