Coming from one of the biggest independent developers from the Italian part of the world, the five year old 34BigThings developing house brings to the table its latest title Mars or Die. The cinematic trailer for Mars or die has been embedded below to bring readers up to date with the context and topic at hand.

The trailer reveals not much of what the gameplay would be like but focuses on the story that would be followed, the world that would be the centre of attention and not to mention, the features that may be packed along with it. True that this minute, minute and a half trailer simply do not bring about pages and pages of details to the above mentioned, but it sure does bring the viewer’s mind towards them, giving them a brief idea of what’s in store. To get the features out of the way, the game includes the following 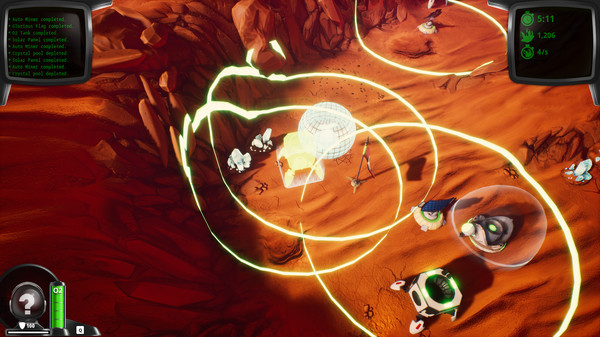 To focus more on the Endless Mode for the game, it is usually an added feature forced into games to provide extra play time when the player runs out of achievements and gameplay in the original run of it. The thing that sets this game apart from the rest, with its version of the Endless Mode is the way it really challenges the player. After finishing the campaign, the player is welcomed by the unlocked Endless Mode. The endless mode contains countless levels of enemy waves, challenging players at every step while keeping score via leaderboards, forcing players to invest more time on their skills and get to the top.

The game has been available for more than a day now. It can be bought digitally from its Steam (linked) page. Currently, there is a 10% discount on the title decreasing its price from $9.99 to $8.99.