Fallout 4: New Vegas is an ambitious project to say the very least and while the devs have been talking about the game and have been revealing what the game is going to be like as they are developing it, we really have not had a look into what the new weapons are going to be liked. Fallout 4: New Vegas devs have show shared the weapons that will be in the game for the first time. 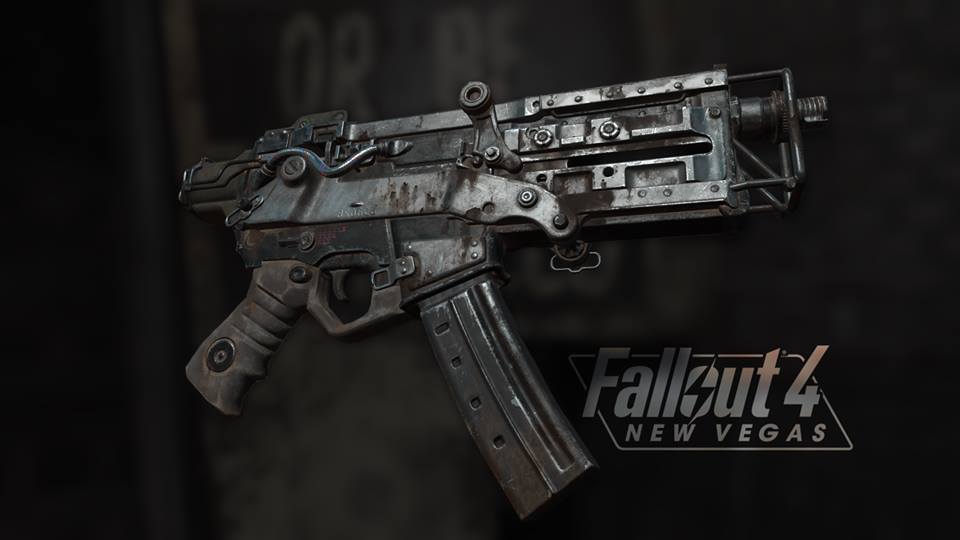 Unlike Fallout 4, which was focused mostly on the 1920’s-era Thompson, New Vegas is home to a number of different SMGs of varying calibers and features. Among the weapons absent from Fallout 4 is the 10mm SMG, a staple of previous Fallout games (and a frequent matter for concern if Ian was behind you and somehow found one in his hands.)

While this is a great start, it is not the end and you can expect even more cool stuff from the devs later on. The devs also talked about how this is not just a remake of the original game and the following is what they had to say in this regard:

F4NV aims to be more than a remaster, we see this as an opportunity to increase the utility of these items where appropriate. Areas where there’s little natural or man-made lighting will be appropriately dark and require use of either the Pip-Boy flashlight, or for stealthy characters encourage the use of chems like Cateye to evade and sneak past enemies without giving yourself away with the bright light source on your wrist.

Fallout 4: New Vegas devs are hard at work, making the game as good as the fans expectations and I am confident that they will be able to deliver. The final game should be very interesting indeed and I for one am interested in seeing how it will be different from the original.