By design, the base game of Fallout New Vegas has a level 30 cap. After reaching this level, players will see “Max” written beside the XP bar. This indicates that the level progression in the game can not be exceeded further beyond this point. However, the downloadable content increases the overall level cap, allowing the players to go further.

There is one tiny detail that players need to look out for should they intend to level up beyond 30 by buying the downloadable content of Fallout New Vegas. Logan’s Loophole is a base game trait, and assigning it to the Courier will permanently lock the level cap at 30. Even after buying the DLCs, the level cap can not be increased beyond the locked point.

Like most traits in Fallout New Vegas that offer benefits as well as penalize the Courier, the same applies to Logan’s Loophole. There is interesting lore attached to the trait, one that simplifies the purpose of Logan’s Loophole but does not directly say it.

You might find this interesting: Fallout New Vegas Console Commands

The Backstory of Logan’s Loophole

This trait is a reference to Logan’s Run, a 1976 science fiction film. All the citizens shown in the movie were killed after reaching 30 years of age. The Logan’s Loophole trait is derived from the movie’s concept and is swiftly implemented into the game in the form of a trait; hence there is Fallout New Vegas level cap of 30.

How to Increase The Level Cap in Fallout New Vegas

There are two ways to go beyond level 30 in the game. The first one will cost you more money as you will need to buy the DLCs of Fallout New Vegas. However, the second method is pretty cheap but requires the game to be played on a PC platform instead of a video game console.

Level Up By Buying DLCs

Now that you know that to level up beyond 30, you must steer clear of Logan’s Loophole. Assuming you never assigned the trait to Courier, in that case, you can increase the overall level by buying the DLCs.

Buying and installing each downloadable content: Dead Money, Honest Hearts, Old World Blues, and Lonesome Road will increase the level cap up to 50. Each DLC adds extra five levels, racking a total of 20 more levels after installing the add-ons.

Level Up By Using Mods

Even after installing all the DLCs, Fallout New Vegas level cap stops at 50. However, if you have purchased the game on the PC platform, you can level up beyond 50 by using the unofficial mods. The benefit of leveling up is tied with the perk unlocking.

The game rewards players with one perk after levelling up two times, allowing the players to spend points. However, a mod by dewguru, allows the players to receive one perk per level, making the spending process more refined and effortless. This unofficial mod also increases the overall level up to 100.

Why Go Beyond Level Cap in Fallout New Vegas

Perks are one of the many reasons players find ways to go beyond the official level cap in the game. There are 88 regular perks, 18 special, 16 challenge, and eight companion perks, making the total tally at 117 regular perks. Moreover, a player can obtain 25 perks max after installing all DLCs.

To get most, if not all, perks in the game, the unofficial mods are the go-to resource in achieving higher levels. With or without the mods, the game is well-balanced with just having 25 perks. However, that does not stop players’ curiosity from experiencing the benefits more perks offer outside the game’s design. This is why many resort to modding the level cap in Fallout New Vegas.

That is pretty much everything you need to know about the level cap guide for Fallout New Vegas. Did you go beyond level 50 in the game? Share your thoughts with us in the comments section below. 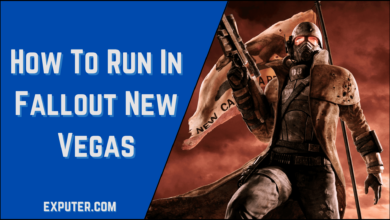 How To Run In Fallout New Vegas