It’s hard to find games that are popular on every gaming platform, including mobile. Call of Duty and FIFA are the only two series that have been dominating every corner of the gaming world. But, there has been a brand new addition to this monopoly, Genshin Impact.

An action roleplaying game, Genshin Impact is one of the most famous titles on the planet right now. The game’s free-to-play model makes it easy to play for everyone and that is one of the reasons it’s so universal. Even though it’s free, the game makes a huge amount of money.

Genshin Impact has made $4 billion in revenue, as of March 2022, and continues to expand. With such great numbers comes an even bigger community of players and they are very creative. Recently, a movie festival took place for community-made videos based on the game and the results are amazing.

Last week, Bilibili held the Genshin Impact Summer Movie Festival and it gave us some amazing productions. Probably the best community-made film from this event was one depicting the origin of one of the characters, Hu Tao. It’s available to watch on the China-based sharing website, Bilibili, and YouTube.

It’s a short story film, and this beautiful depiction of the character’s origin is made by three very talented people in the Genshin Impact community, -麦粒太太-Ver-, CV小鱼干, and 完螚不是完蟹. The short film has almost 1.2 million views on Bilibili and when you see the results it’s not hard to see why.

We see the origin of this eccentric character with Pyro in this beautifully made short. Seeing how the game depicts her as a butterfly that moves to and fro, the short film has the apt title of “The butterfly on Fire“. It depicts the eccentricities and quirks of the character from Genshin Impact really well.

We see how Hu Tao got the gift of her sight and it’s a really well-done scene. Furthermore, a butterfly also appears in this ending scene conveying the meaning of the title and staying true to the character. Hence, the short film is an amazing attempt at Hu Tao’s origin and does the game justice.
We also see many other amazing movies and short films from the Genshin Impact Summer Movie Festival. You can check them out on the streaming website and if this short film tells you anything, it’s that they are all pretty well-made.
Tags
Genshin Impact
Ahmed Mansoor 1 week agoLast Updated: June 22, 2022
2 minutes read 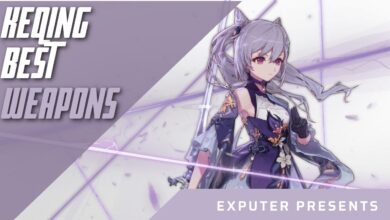 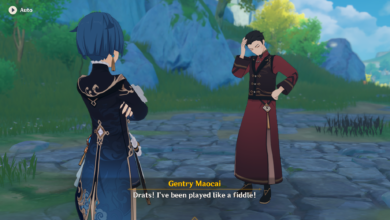