The massive results for the PlayStation-exclusive title in the Spanish market alone have once again astonished us with the game’s overall success patterns.

These incredible numbers put it well ahead of not only the 2018 God of War (67,000 PS4 sales) but also the majority of previous PlayStation exclusives. Only The Last of Us Part 2 is equal on the PS4 generation with 90,000 sales.

It’s interesting to note that God of War only sold 67k physical copies in 2018, despite the physical sales market being significantly stronger and the PS4 has been available for four and a half years.

After two years in a considerably less solid sales market, Ragnarok sold 55,000 copies on the PS5 only. Amazing outcomes for the game.

The best exclusive release in Sony’s current generation’s two years of existence, despite the fact that, once again, it is unclear how many PlayStation 4 users actually wanted to play it on a console that they have not yet been able to purchase.

Let’s just state that because God of War Ragnarok was launched on a Wednesday as opposed to the Friday for most other PlayStation Studios games, it had two more days.

The other notable release of the week was Sonic Frontiers, which stands out on the Nintendo Switch with more than 7,000 copies and distributes a similar number across the PS5, PS4, and Xbox Series for an impressive overall result.

FIFA and Call of Duty are starting to slow down, and among the other releases, Tactics Ogre: Reborn‘s Switch version’s more than 4,000 units sales stand out.

As taken from the sales expert Spanish website GameReactor, the top 10 sales for week 45, November 7–13, are listed below:

Santa Monica Studio’s game should have come out when there was a tonne of PS5 stock available, which is what happened in the UK, where the platform enjoyed its greatest week so far this year.

The situation is different in Spain, where estimates have the number of PS5s sold there at around 7,000, a total that is not even higher than Switch sales during the same week. 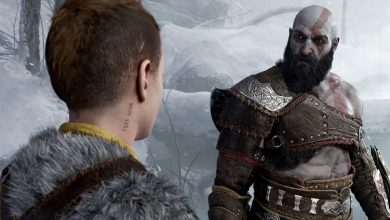 God Of War Ragnarok Beaten By 40% Of Its Total Players