Gaming is a very competitive industry that can be cruel to its employees at times. We saw that on display recently with Microsoft laying off more than 10,000 employees including their gaming divisions. Among those affected were the people from 343 Industries and Bethesda, both of whom are popular game-developing studios.

Halo developer 343 Industries is undergoing changes after these layoffs with veteran Joseph Staten also leaving. With the future of Halo already in jeopardy, this has put the IP at even more risk. And according to a leaker, the upcoming DLC for Halo Infinite has been scrapped as Halo’s current leadership is ending.

Bathrobe Spartan on Twitter is responsible for leaking this info to the masses. He has a podcast on Halo and is reliable concerning Halo news. If what he says is true, Halo as we know is ending in front of our eyes.

According to his tweet, 343 Industries has lost one-third of its workforce in these layoffs. Due to this, the company is undergoing a major reshaping alongside the franchise. However, Halo Infinite‘s plan for this year will remain unaffected according to the leaker.

The plan for this year was to focus on the multiplayer aspects of the game, and that is still going ahead. New seasons and Battle Passes alongside maps will keep coming to Halo Infinite. Forge will also be a big part of the 2023 plans and nothing will change on this front.

Previously, Bathrobe Spartan did break the news about 343 Industries laying off heavy numbers before Jason Schreier.

He said that the studio has seen a heavy impact and 60 employees were laid off, which Schreier confirmed later without the numbers. The leaker reiterated the same thing in this thread and this shows he has reliable sources.

Next up in the thread, he drops another bomb, saying a planned DLC was in the works but didn’t see the light of day.

According to the leaker, Joseph Staten was developing multiple campaign DLCs to expand Halo Infinite’s narrative. These DLCs were going to roll out over months or years and Staten was working with a small team to make them.

However, Bonnie Ross quit and Pierre Hintze became the new head of 343 Industries, putting an end to this. Making new campaign content was too complex and not profitable enough according to Hintze and the new management. So, they decided to end the project completely and halt production on any single-player Halo Infinite DLCs.

Instead, the developing team started to focus on the multiplayer factors. Bathrobe Spartan assumes this led to Joseph Staten leaving 343 Industries and rejoining Xbox among the layoffs. Hence, we will probably not get these planned single-player DLCs for Halo Infinite now if these rumors are true.

Another interesting thing in the thread is how the game wasn’t a financial success. The leaker says Halo Infinite missed its financial and overall targets, underachieving and not meeting predictions. 343 Industries is facing the brunt of this failure as its role in Halo development is ending.

Bathrobe Spartan says the studio will now be “franchise coordinators” and not developers of Halo. Meaning, the role of 343 Industries in developing Halo has regressed and it is essentially taking a step back. For a studio made for Halo and developing titles in the franchise for a decade, this is a big deal.

Even though the studio will not deal with direct development now, they will still handle the franchise. According to the leaker, 343 Industries will still select which developers get to make new Halo games. But, this will be a limited role as compared to 343i’s previous commitment to the franchise according to the rumors.

Multiplayer for Halo Infinite will still be handled by 343 Industries, they will be just like the owners of an estate. The only thing they have to make sure of is the next developers respect the lore of Halo for future sequels. This has already begun as the studio along with Microsoft started outsourcing work to studios for future Halo projects to reduce the budget in 2020.

Slipspace Engine has held its place and will be open to any other studio that comes to work on Halo. Therefore, not everything about the franchise we love is changing so suddenly, However, it will be naive to think that the Halo we knew for 10 years, will still be there.

Everybody will have a different opinion on this depending on how they view 343 Industries. Some might think this change is necessary to bring Halo back to its former self. On the other hand, some might think changes on such a big scale are unnecessary.

Whatever the case, if this does turn out to be true, Halo’s future will see a massive overhaul. Hopefully, we don’t have to wait too much for a sequel to Halo Infinite. Do you think 343 Industries stepping back from Halo is good? Do tell us in the comments below. 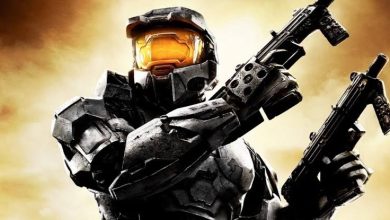