Naughty Dog stands among one of PlayStation’s most recognized developers. The prestigious studio is recognized for crafting franchises like “Uncharted” and the olden classic “Jak & Daxter.” Yet, Naughty Dog’s trump card ought to be “The Last of Us,” first developed for the PS3.

The awe-inspiring 2013 title was the perfect amalgamation of cinematic action gameplay and memorable storytelling. After the victorious conquest of The Last of Us Part 2, the remake reimagines the original franchise, and the latest relevant release happens to land on the PlayStation 5. The Last of Us Part 2 was a triumph for the highly-acclaimed series,

The Last of Us Part 1 is the freshest retelling of the original game, which struck the chord of many nostalgic fans. The remake blends the classical allure with phenomenal graphics and refined gameplay. The latest iteration of the fan-favorite heart-stirring voyage is for veterans and newcomers alike.

The developers rebuilt the game from the ground up and exceeded all expectations. However, the game contains some alluring particulars that are worth exploring in that regard.

Game developers love using video games to reveal what they’ve planned for the future, which might hold true one more time. Naughty Dog can be teasing what otherwise appears to be another upcoming IP inside The Last of Us Part 1.

The speculative rumor is featured by the credible Naughty Dog insider, @NaughtyNDC. He is well-renowned for revealing news that concerns different Naughty Dog franchises. The fans speculate that seemingly out-of-place in-game images hung on the soft board may unveil the next Naughty Dog project.

The images appear to be a specific theme that gives them an alienated vibe from the rest of the game.

Fans are speculating that art in TLOU1 are indicative of Naughty Dog's new IP. Seemingly would be a fantasy setting.

what do you think? pic.twitter.com/IV9tZZqULW

The roughed-up faded-away images seem fantasy-based and also incorporate mystical elements. In one image, the abstract painting features a person with the shadow of a dragon floating above them. Another picture is a painting of an all-white unicorn, seemingly flying through the night sky.

Another image includes a woman wearing fantasy-styled clothing with some creature. Lastly, another image consists of a mystical horse-like creature alongside a woman. These photos make no sense if you are familiar with The Last of Us Part 1’s setting and storyline.

The fans have also noticed how strange these pictures are compared to the rest of the game. The most likely explanation seems to be developers hinting towards its following high-fantasy IP setting.

Although, we suggest taking this news with a grain of salt. There is no concrete evidence yet that affirms Naughty Dog’s next voyage.

What are your thoughts regarding Naughty Dog’s next IP? Do let us know your opinions in the comments below. 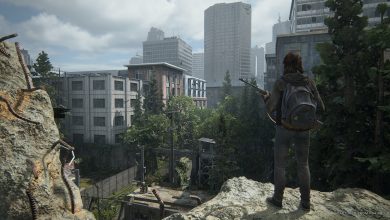 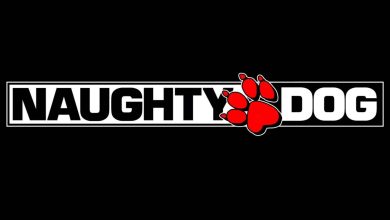