When we talk about shows that have popularized anime worldwide, One Piece is one name we can never leave out. Like any other major franchise, One Piece has tried its luck with video games.

There are some amazing games in its portfolio like the One Piece: Pirate series and the next release, One Piece Odyssey, comes out in a short while.

A major hurdle for any player trying to get into the One Piece franchise is how big the cannon is. But, players will not have to worry about that in One Piece Odyssey according to producer Katsuaki Tsuzuki. Odyssey consists of Grand Logs that contain videos made to make newcomers catch up with the lore of the franchise.

Producer Tsuzuki revealed this info while interviewing with GamesRadar about his upcoming game. GamesRadar talked to the producer about adapting one of the biggest mangas of all time. In response to a question asking about how One Piece Odyssey will catch up with the players to decades of lore, Tsuzuki said:

In anticipation of players who are new to One Piece, we have plenty of “Grand Logs” – which are a collection of videos where you can review events that the Straw Hat Crew experience in the manga and anime, in a way that is unique to this project.”

The enormity of the Straw Hat Crew lore is probably a reason which keeps players away, but One Piece Odyssey solves that problem.

Katsuaki Tsuzuki talked about exactly this in his interview with the GamesRadar. He said that his biggest goal was appealing to the demographics that haven’t read the manga or watched the anime. Sales would increase by reaching that demographic and they will most probably dive into the manga and anime after playing the game.

We have already seen how adaptations in different forms of media bring attention to the original medium. Cyberpunk 2077 got a lot of new players after the success of Cyberpunk Edgerunners. Hence, it’s no surprise that One piece is looking for the reverse effect through Odyssey.

Tsuzuki talked about how making a good One Piece game was important to the franchise and the anime. One Piece Red, the recent film in the franchise, has been a major success leaving the video games series as the only thing with a mixed reception. Besides the Pirate Warriors series, no game has been a huge success but Odyssey will try to correct that.

Yes! There has always been pressure from fans all over the world on adapting the original works and anime into a game.  we believe more people have got the chance to learn about One Piece a little bit more – and we also hope that even the newcomers can feel the same enjoyment through One Piece Odyssey.”

One Piece Odyssey will release on December 13, 2022, through Bandai Namco Entertainment. ILCA is developing the game and will release it on the PlayStation 5, PlayStation 4, Xbox Series X, Xbox Series S, and Windows PC. Hopefully, the Grand Logs sum up the 1000-plus chapters of manga and episodes of anime in a comprehensive way. 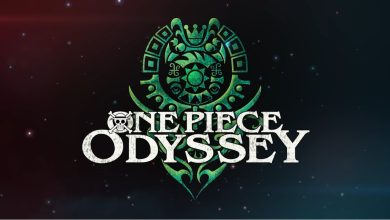