Resident Evil 5 came out in 2009 for all the major consoles and platforms of that era. Generally, it’s the fifth mainline title in the Resident Evil franchise series. Playing it on a modern gaming system today, you definitely embark on a trip down memory lane.

Even though the game wasn’t received as well as its counterparts, Resident Evil 5 still holds a special place in every Resident Evil fan’s heart. In light of this, an apparently seriously talented YouTuber has managed to create a PlayStation 1 version of the game.

Fans are beyond thrilled to realize this old-school version of the third-person shooter. Also, for most gamers, this special edition has taken individuals aback with its keen sense of nostalgia. The party responsible for making this happen is Rustic Games BR and they’ve released the game for public display on YouTube.

Resident Evil 5 boasts a great mix of horror and thrill with a tantalizing storyline. The plot of the title keeps players hooked right until the very end, especially when things boil down to Chris becoming the ultimate boulder smasher.

A minute into the video, it’s easy to visualize how the demake has been built with astounding care and attention to detail. Honestly, it’s hard to tell the difference between this and some of the earlier Resident Evil games to come out back in the late 1990s.

Everything from the camera perspective down to the very movement of your character has been switched up for the PS1 demake of Resident Evil 5. However, Sheva — Chris’s partner — still seems to be having infinite ammo, similar to the official game.

For most players, the scenario in question seems more like a once-in-a-lifetime happening. The remake of Resident Evil 5 hits back to times when gaming was simpler and far away from the perplexing nature of some of the titles we’ve got at our disposal today.

As for the gameplay showcased in the video above, the fiery furnace boss sequence seems to be put on display, which, in the actual game, is a daunting set piece. The two protagonists fight for their lives, succumbing to the horror at the start but quickly coming to their senses to put the mindless beast out of its misery.

Gamers who have been into gaming their whole lives and have now grown older will get a feeling of nostalgia and warmth with the PS1 edition being out for Resident Evil 5.

Ever since the teaser for the Resident Evil 5 PS1 mode has come out, fans have been hooked. Several are looking forward to playing this new edition as soon as they can. Some gamers have pointed out how most of the demakes of the PS1 look nothing like the old ones.

However, seeing Resident Evil 5 in this manner and form measures up to be nothing short of brilliant. A fan has made remarks about this version of Resident Evil being as classic as ever.

On the other hand, many have been wondering whether this game’s version is actually playable or not, which, to our disappointment, has not been clarified by the developer of the game as of yet.

With that said, basking in the glory of this fantastic work of art is enough to make a Resident Evil enthusiast go cray-cray. The comments section of the post seems to be lauded with praise and followers of the franchise just can’t get enough of Resident Evil 5’s PS1 demake.

What do you think of this novel product? Let us know in the comments section ahead. 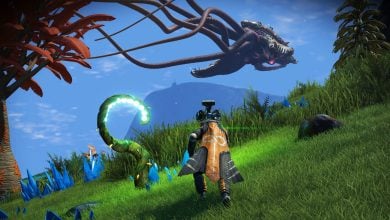