A fan-made Superman demo, unfortunately, got into the hands of scammers, and now, it is sold on Steam without the developer’s consent. Back in 2021, the demo was created as a test to see how a modern Superman game may play out. The demo was later recreated in Unreal Engine 5 using The Matrix Awaken’s Demo.

It is now being marketed on Steam by scammers under a false name. The developer of the viral demo, Tyson Butler-Boschma, took to Twitter to raise a voice against the alleged Scam, and things only got complicated from there. The Steam version is nearly identical to the official demo and is being sold at a price on the storefront.

The developer, Tyson Butler-Boschma, is raising awareness to ensure no one purchases the stolen demo when it is still free to play on the official itch.io page. Tyson stated, “I made this for fun to show what could be made!,” adding, “This is a scam! The demo is free on Itch!” All shots of reporting to Valve appear to have failed so far.

Someone has put my Superman demo up and steam and is selling it as a full price game!!!
I made this for fun to show what could be made!

This is a scam! The demo is free on Itch!
Please retweet and report this crap! @DCComics @valvesoftware https://t.co/IpuC6qceo3

The scammers have made bold moves, making copyright claims against Tyson on Steam and Youtube. The resistance has further complicated the matter. In another tweet, Tyson shared an image showing the scammers copyright-striking his Youtube videos. The company that snatched the demo is called “Hero Game Studios.”

He mentions that the crooks, “straight up attacking and harassing me at this point and I don’t feel safe providing my personal information for a counter claim.” The developer cannot counter the claim because the fraudsters would have his personal information, including name, address, and whatnot.

The team that stole my free superman demo and are selling it on Steam, are now copyright claiming my content on @YouTube as well…
They are straight up attacking and harassing me at this point and I don't feel safe providing my personal information for a counter claim… pic.twitter.com/dqd0oHjul4

The copyright strike reads, “hello, we, as hero game studios, want this game that belongs to us to be deleted from this video.” Youtube also responded with only three options that Butler-Boschma can pursue. However, all of the options do not seem viable to the developer for various detailed reasons.

I wanna counter it but I don't want to risk my own safety and personal information being given to a crew of people clearly out to hurt me at this point.
I can't afford a lawyer for this stuff…

Tyson has also experienced altercations on the Steam platform, getting banned from the game’s hub for “hate speech“, which probably was the developer telling everyone that Hero Game Studios had stolen his demo.

Moreover, he also shows his disdain for Valve and Youtube, mentioning in a follow-up tweet, “I am at a complete loss at this point. Steam has done nothing and now I feel the same will happen with YouTube.” The rip-off Steam version is named, “Heroes City Superman Edition,” and Tyson responded in comments to warn everyone.

The Hero Game Studios replied, denying stealing any games and also suggested the readers ignore the complaint. The scammers stated that Tyson is “one of the former developers” who left the project “a long time ago,” which is not true as we know it.

Butler-Boschma cannot afford a legal battle so getting the word to everyone is the least we can do to aid the stuck developer.

The popular Superman experience turned out to be a massive success and proved to be a highly immersive experience for a simple demo. Superman elegantly soared through the long skylines and gave us a good idea of what a modern Superman AAA title may look like.

Any upcoming superhero game can take inspiration from the demo brewed in Unreal Engine 5. The realistic cape effects and the captivating sense of speed of Superman breaking the speed of sound exceeded all fans’ expectations. Butler-Boschma’s Superman demo can still be relished without paying a dime on his itch.io page.

What are your thoughts about the sensational free Superman demo created in Unreal Engine 5 being stolen by Scammers and sold on Steam against the developer’s will? Do you think Valve will make an official response to the overall situation? Do let us know your opinions in the comments below. 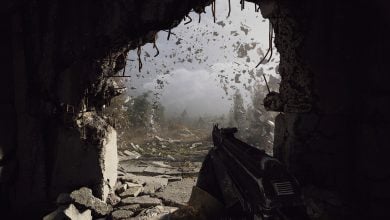 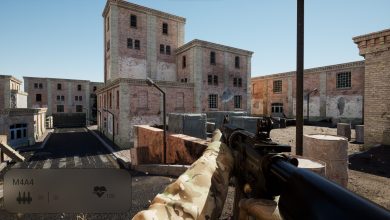