Fighting games are a huge part of gaming history. Without the basis that arcade fighting games set in the ’80s and ’90s, the gaming industry wouldn’t be as big as it is now. For a lot of people, fighting titles were the first-ever exposure they got to video games.

Hence, it’s not a surprise to anyone how huge the genre is in the industry at present. Many widely popular fighting game franchises rule the genre. And, probably the most popular among them is none other than Tekken.

It’s hard to find a gamer who isn’t familiar with the term Tekken as the series is extremely popular. Since the first game in 1994, the franchise has become a behemoth in the gaming world. Therefore, it’s not a surprise when fans wait patiently for the next game in the series, and we might have some news on that front.

Tekken 8 might be coming out very soon, in the year 2023, according to the latest financial reports from Bandai Namco. An eagle-eyed user on the r/GamingLeaksAndRumors subreddit is responsible for this find. An excerpt from the financial reports indicates the game’s release date.

We plan to release a number of major titles in fiscal 2023 that will allow players to enjoy playing games longer and deeper. We are also developing “Tekken 8″ with the aim of releasing it in 2023 or later.”

So, there is a high probability that Tekken 8 will release next year. However, the paragraph does say that the aim could be for a later too. At this point, we know nothing for sure and even Bandai Namco doesn’t so we’ll just have to wait.

One thing to take note of is that Tekken 7 was first announced to the world in July 2014. It came out a year later to arcades in 2015 and then to consoles in 2017. So, Bandai Namco released the previous Tekken game a year after its announcement.

2023 is already stacked with a lot of great fighting games. The 6th game from the Street Fighter series, a main rival of Tekken, is also releasing next year. A new fighting IP based on League of Legends is also set for a release next year.

If Tekken 8 does release next year, we will have a historic year for fighting games. Anything can happen right now as only the developers know when the game will release. But hopefully, it is sooner rather than later.

Similar Reads: Tekken 7 Becomes Most Sold Game In The Series With Over 9 Million Sales. 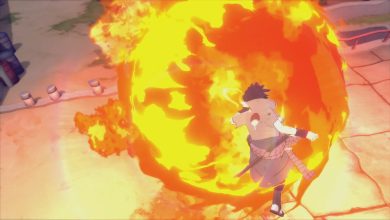