Arkane is known mostly for its Dishonored series. The Lyon-based studio has made a lot of good games in the past few years in addition to Dishonored. For instance, the PS5 exclusive Deathloop and Wolfenstein: Youngblood in the past 3 years alone. Arkane is also popular for the Void Engine which is a product of the developers themselves. The engine has been in use since the 2016 game Dishonored 2 and a job listing suggests it’s going nowhere anytime soon.

As the sentence shows, Jeremy Virga is working on the Void Engine to make it better for the next projects of Arkane Lyon. The next projects part also suggests that the engine is here to stay. You do plan to use something long term if you are further improving it and that seems to be the case with the Void Engine.

Jeremy Virga was also one of the original developers of Void Engine according to his LinkedIn profile. He worked as an Engine & Graphics Programmer till 2018 and worked on Dishonored 2 during this time. Therefore, it makes sense to use one of the original creators of the engine to work on its improvement. In short, Arkane is going to use Void Engine in the future.

Void Engine does have a nice portfolio to match its equally cool name. It is based on the id Tech 6 Engine and is an original development from Arkane. The studio has used it to make some great games for the studio. The most recent one is Deathloop for the PS5 which got a highly positive reception from players and critics alike. The game also won a few awards so the recent track record of the Void Engine isn’t bad. 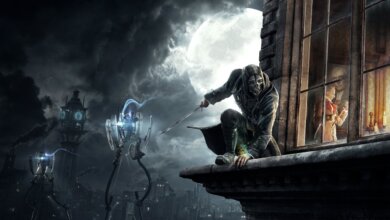 Arkane Austin Has a Vampire-Centric IP In the Works