Like any industry in the world, gaming has a lot of drama behind the scenes. This year news has been rife with talks of unionizing amidst the toxic work environments at certain companies among other things. Not everyone in the industry agrees with this opinion and these tensions are bound to seep into gaming’s biggest show.

Hence, a very inconsistent image of The Game Award’s security is created in our mind regarding the Tweets. As you can see below, the developer Cryptic In QA has Tweeted that security was taking pins from every worker entering the building. He also says links it to the interruption during Elden Ring’s Game of the Year winning speech.

However, one person replied to a Tweet regarding these pin removals and his experience makes everything doubtful. Bailey Johnson Tweeted in a reply that he had a pin on and no one asked him to take it off during the show. So, his experience really makes us doubt if The Game Awards had a no-union policy.

When original Tweeter Osama Dorias asked which pin it was, Johnson said it was a red one that said “Labor Creates Games“. Hence, it’s hard to say his pin could have been confused with something else. Fans also say some other people didn’t take their pins off, so maybe it isn’t as clear as it seems.

Another facet that tells us that The Game Awards has no policy negating unions is on their website. A featured member on TGA’s future class page has a very pro-union message on display. Jes Negron is the name of this member and their message is very inclusive as a user on ResetEra pointed out.

So, it casts doubt on The Game Awards being purely anti-union. If the security team was taking union pins from some and not from others, maybe they just had inconsistency issues. We don’t know any details on how this could have happened, but bad coordination is a possible reason.

Maybe The Game Awards aren’t completely pro-union either and someone instructed security to take away union pins. No one knows anything for sure so these are just theories at this point and nothing else. But, as we all know the gaming industry is really shady about this stuff, so anything is possible.

Hopefully, The Game Awards follow the example Geoff Keighley set when he banned Activision Blizzard from The Game Awards. The Game Awards have told The Gamer that they are looking into these allegations. We are hoping there are consequences because it’s not a good look for TGA. 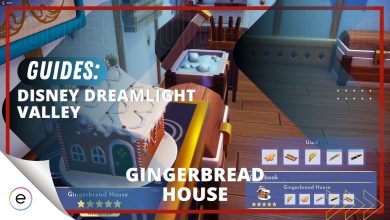