Horizon Forbidden West has proven to be a staggering success after its release last year, selling like hotcakes all over the globe. It won several game awards, and also dominated various sales charts throughout the year. However, some players doubted and accused the game of selling well only due to it coming with the PS5 bundle.

The origin of the indictment remains unknown, but in the past, various users in different internet forums began accusing the game’s successful sales of the fact that it sold in high numbers because of the popular PS5 bundle. The bundle surely has contributed to its sales, but the addition has been highly exaggerated by some gamers.

Now, a central analyst in the game industry stepped forward and cleared the inflated claims regarding Horizon Forbidden West‘s sales connection with the PlayStation 5 bundle once and for all.

Christopher Dring, the head of GamesIndustry, has given us a specific figure to dispel the insistence of the title only selling satisfactorily due to the PS5 bundle by some of the community. Seemingly 80% of Horizon Forbidden West’s sales sprouted from individual purchases and were not tied to the famous PlayStation 5 bundle.

Christopher also iterated, “In the summer (when not a lot of games are sold), it certainly had an impact on the charts. But when you look at the sales overall, it’s not nearly the majority. I didn’t say it didn’t help. I said it did. I am just saying those games did incredibly well even without bundles.”

The original thread unwinded into a slew of criticism some days after several people were questioning his earlier claims regarding the dispelling of the popular rumor going around the community.

There’s a popular fanboy argument that games like God of War Ragnarok and Horizon: Forbidden West did well because they had official hardware bundles. But that’s just not true. Those bundles certainly helped, but they didn’t account for anywhere near the majority of sales

Some people did not acknowledge his confirmation and came down to claiming that he was being paid by Sony, “Games that were ranked 19th and 20th before the bundle’s release are ranked 2nd and 3rd after the bundle’s release, but it doesn’t affect bundle sales? How many dollars did you get from Sony?”

Chris responded, “If you’re talking about the summer charts, you don’t have to sell a lot of games to jump up the charts. Even a small number like 500 extra sales can see you leap up the charts during the quiet months.” It is also worth noting that PlayStation 5s were barely available during the first 6 months of the year.

But also… there were barely any PS5s for most of the year. So they may have been the only things available, but there wasn’t a lot of them

The rumor flourished primarily due to how much Horizon Forbidden West loomed over the sales charts during the summer months. As per the analyst, a little sale is enough to make the game jump up the ranks due to the slow months.

Another user against the affirmation wrote, “Its tru and Sonys business strategy since beginning ps4 spiderman bundles is a Fact. Nobody can say anything against this. Wake up and do research before embarrassing yourself. Forbidden west was packaged with hardware and after that they revealed numbers. Facts.”

Christopher Dring followed with the reply, “I’ve literally got the data in front of me and can see how many GoW/Horizon bundles were sold. Facts.”

Many users have been differing with the analyst since the start of the thread. Today, Christopher gave us a specific figure, showing how much the game’s popularity influenced its individual sales instead of the hardware bundle.

As per Christopher, the official hardware bundles were not the cause behind Horizon Forbidden West’s massive sales; they did help but did not influence the bulk of the sales. When Christopher was questioned for proof, he iterated that it was the European market data.

The European and UK sales data from GSD and GFK

However, the analyst is unable to show the exact figures of the game’s sales data due to the agreements. All in all, Horizon Forbidden West has sold in high figures without the bundles; over 80% of sales emerged from standalone purchases in Europe alone, which amount to a remarkably high figure than anyone expected.

What are your thoughts about the popular myth regarding the Horizon Forbidden West sales finally being dismissed by the head of GamesIndustry, Christopher Dring? Had you heard or believed in this popular myth that dominated game forums for the past few months? Do let us know your opinions in the comments below.

Similar Reads: Russian Roulette: One Life Is A Game That You Can Only Play Once. 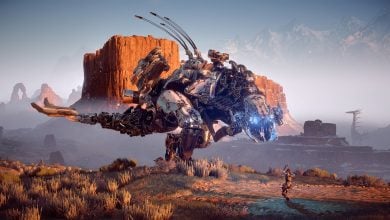