Nihon Falcom, a Japanese game developer, is celebrating the 35th anniversary of its flagship action RPG series, the Ys series. First released in 1987, the series has sold almost 5 million copies. Now to celebrate the series’ 35 years, the studio has announced its plans to release a new Ys game for PlayStation 4, PlayStation 5, and Nintendo Switch.

The announcement was made in Nihon Falcom’s financial report for FY2022. The studio is also developing three new IPs for Nintendo, which will be released in the financial year that ends on 30th September 2023.

According to the report, the studio has posted a total interest net profit of ¥1,027 million, a year-on-year increase of ¥27 million. Their earnings saw an increase of 2.3% at ¥2,533 million.

The report also predicts a tough first half in the next financial year. But the sales are expected to rise in the second half as the studio has multiple releases scheduled then.

Nihon Falcom is mostly known for developing series’ such as The Legend of Heroes, Dragon Slayer, and Brandish. Their releases are mostly focused in Japan, with occasional licensed releases abroad.

The studio has been looking to expand its presence in Japan as well as globally. In that regard, the studio intends to develop multiplatform games for different consoles, PC, and mobile. The studio will also focus on more releases for North America, Asia, and Europe.

Whether the studio’s strategy pays off or not, remains to be seen, but what’s clear is that Nihon Falcom is fully intent on getting out of its Japan shell and becoming a globally known studio.

No information on the new Ys game’s PC release is available. The studio also failed to designate the release date for the Ys game and three Nintendo Switch games. But they are expected to be released by the end of the next financial year.

What do you think? Will this strategy be a success? Or not? Discuss in the comments section below. 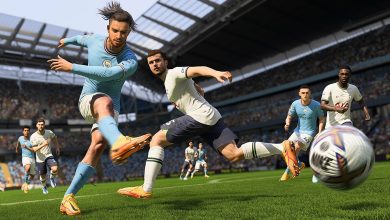